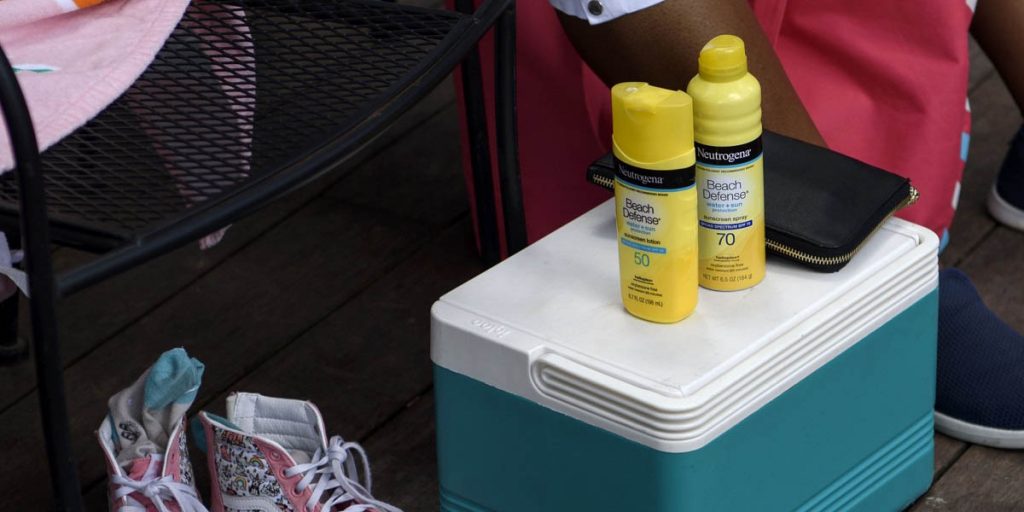 Johnson & Johnson is voluntarily recalling some spray aerosol sunscreen from the market amid concerns that the products could be contaminated with a cancer-causing chemical.

The company said in a statement Wednesday that it is recalling all lots of five Neutrogena and Aveeno brand aerosol sunscreen product lines after testing identified low levels of benzene in some samples.

The company said consumers should stop using the affected products and appropriately discard them. Consumers should contact their physician or health-care provider if they have any questions, concerns or have experienced any problems related to using the products, J&J said.

Benzene is classified as a human carcinogen, meaning it is has the potential to cause cancer depending on how much of the chemical people are exposed to, and for how long. It can be absorbed to varying degrees through the skin, by inhalation or orally. In the first quarter, J&J’s skin, health and beauty unit drew $1.2 billion in revenue. In 2020, it was a $4.5 billion business, spanning from sunscreen to treatments for acne and eczema.

J&J said that “daily exposure to benzene in these aerosol sunscreen products at the levels detected in our testing would not be expected to cause adverse health consequences. Nonetheless, the company said it would recall the products out of an abundance of caution.

Valisure, an independent testing lab in New Haven, Connecticut, said in May it found some widely used sunscreens and after-sun products contained up to 6 parts per million of benzene. The company filed a petition with the Food and Drug Administration asking for the products to be recalled. Neutrogena topped the list of sunscreens with the highest levels of benzene found by Valisure.

“When the industry was alerted to this matter, we immediately began a comprehensive end-to-end investigation of our manufacturing process and raw materials, including internal testing and a thorough data review,” said Jake Sargent, a spokesman for J&J.

Valisure also detected benzene in CVS Health Corp. sunscreens as well as after-sun care products, among many other sunscreen brands, though it did find sunscreens that didn’t contain benzene. CVS did not immediately return a request for comment.

“We hope regulators and manufacturers continue to take further action on sunscreens and other products affected by serious contamination issues so that consumers do not need to worry about exposure to unnecessary risk,” Valisure Chief Executive Officer David Light said.

Light said it’s not certain why sprays specifically contained benzene in J&J’s tests compared to lotion, “but many of these aerosol products appear to use significant amounts of alcohol.” Valisure said previously, when it found benzene in some hand sanitizers, that the contaminant may have been introduced when alcohol — the germ killer that is their main ingredient — is purified.

After a landmark study in 1977 highlighted its health risks, employers and manufacturers were forced to limit benzene in their workplaces. In recent months, however, elevated levels of benzene have been detected in some hand sanitizers.

The FDA’s standard for benzene in sunscreen is unclear, but it earlier set a temporary limit related to the pandemic of 2 parts per million for hand sanitizers.

“If the FDA’s testing raises any safety concerns, then the FDA will work with manufacturers to address these concerns,” he said. “We are going through that process in this case.”

More recently, J&J has faced setbacks in the rollout of its Covid-19 vaccine, which was once anticipated to be a linchpin of the U.S. immunization campaign. The FDA has informed health providers about links between the vaccine and two very rare side effects: Guillain-Barré Syndrome and a type of blood clot known as thrombosis with thrombocytopenia. U.S. regulators have continued to suggest the benefits of the vaccine well outweigh the risks of going unvaccinated.