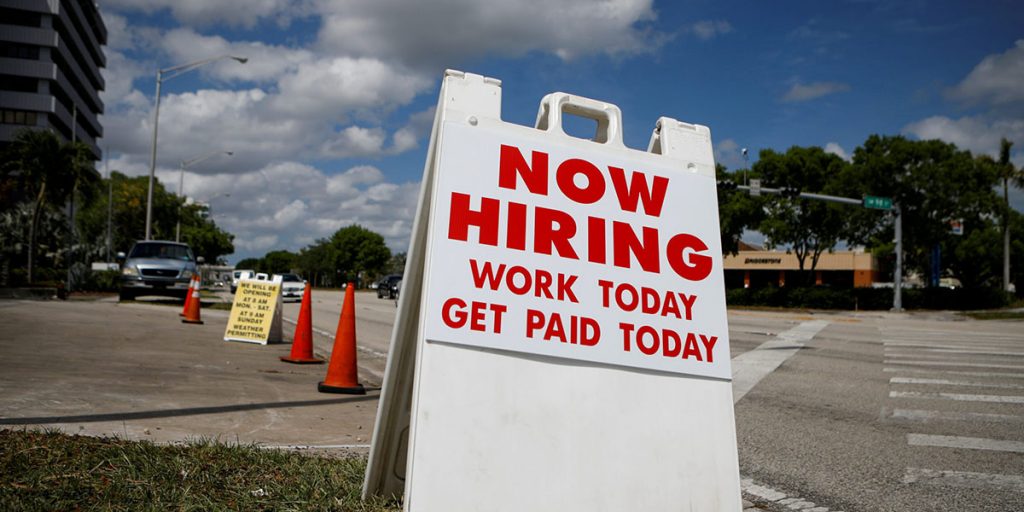 The number of job openings hit a record high of 10.9 million on the last day of July, the Department of Labor said Wednesday, as businesses struggle to lure back workers in the wake of COVID-19’s shock to the economy.

The latest figure on job openings beats the record high of 10.1 million that was just set the previous month in June, but may not yet reflect the impact of the delta variant’s spread on the labor market. Still, the fresh data paints a complicated picture of economic recovery as job openings soar despite unemployment levels remaining elevated.

Job openings increased across the economy, with major increases in health care and social assistance, finance and insurance, as well as accommodation and food services, the DOL said.

In addition to job openings reaching a high, the number of people leaving their jobs is also at record high levels. The quits rate in July was 2.7%, the BLS said Wednesday, tying with June and April of 2021 for the highest on record.

Economists have attributed the recent labor crunch to lingering health concerns over the virus that may have some workers not wanting to return to the workplace, a child care crisis that has disproportionately impacted working women, as well as harder-to-quantify factors as many Americans reassess what they want from a job after living through a once-in-a-century pandemic that has left more than 600,000 Americans dead.

The unemployment rate in August was 5.2%, a reflection of major improvements in the labor market compared to before the vaccine rollout, but still above the pre-pandemic 3.5% seen in February 2020. Broken down further, employment has risen by some 17 million jobs since April 2020, but the economy is still down some 5.3 million jobs compared to February 2020.

Despite the unemployment rate remaining elevated, many firms have reported struggles hiring staff — which has resulted in average wages rising, especially among service industries or jobs requiring face-to-face contact. The average hourly earnings for workers in August was some $30.73.

The latest data from the DOL also comes as enhanced pandemic-era unemployment benefits expired this week for millions of Americans. Despite the rhetoric from many Republican lawmakers, however, data indicates that yanking pandemic unemployment benefits — as a handful of states have already done — did not contribute to job growth. Researchers at JPMorgan found “zero correlation” between job growth and state decisions to drop the federal unemployment aid, the Associated Press reported.