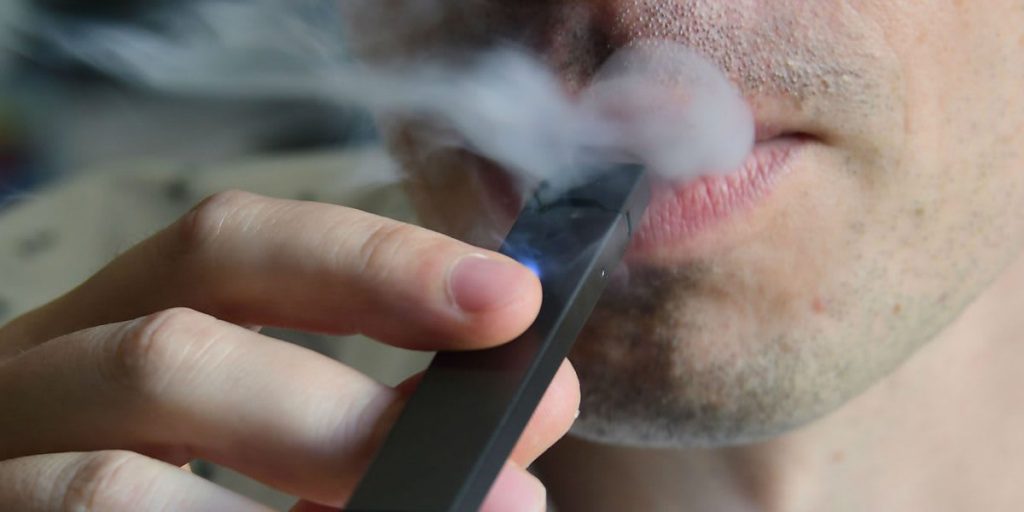 E-cigarette maker Juul has agreed to settle a lawsuit with a US state that accused the firm of marketing its products to young people. Juul will pay $40m (£29m) to North Carolina over six years and will change its advertising in the region. The vape pen manufacturer did not, however, admit any wrongdoing as part of the settlement. A Juul spokesman said: “This settlement is consistent with our ongoing effort to reset our company. “We continue to combat underage usage and advance the opportunity for harm reduction for adult smokers.”

Juul also pointed out that it had stopped distributing its non-menthol, non-tobacco, flavored products and paused all “mass-market” product advertising over the last two years. Its efforts included shutting down Instagram and Facebook pages promoting its vape products, the firm said. The settlement, announced on Monday by North Carolina Attorney General Josh Stein, is the first to be reached by the company with a state government. Attorney General Stein told a press conference: “North Carolina is now the first state in the nation to hold Juul accountable for its instrumental role in creating a youth vaping epidemic. “They did it to teenagers across North Carolina and this country simply to make money.”

Under the agreement, Juul will not be allowed to target its advertising at underage people or use anyone in its adverts under the age of 35 in the state. The deal also caps the number of Juul vaping devices and pods that consumers in North Carolina can buy monthly or annually. The North Carolina lawsuit had been scheduled to go trial in July. It became the first state to sue the e-cigarette giant in 2019. It alleged that Juul’s small devices and sweet flavors, which previously included mango or cucumber, delivered the highly addictive substance of nicotine to young people, as well as selling products to them online.

Between 2018 and 2019, the use of e-cigarettes rose by 78% amongst North Carolina high school students, according to the state’s Youth Tobacco Survey. The settlement money will be used to fund research and programs aimed at stopping young people from taking up vaping. Juul said it looked forward to working with Attorney General Stein and other companies on developing industry-wide marketing practices. It also voiced its support for the state making the decision to use the settlement money for measures to reduce underage use.

The company faces other similar cases brought against it by state officials, school districts, and even young people in the US, which are still ongoing. Juul has long promoted its nicotine pods as being a safer alternative to traditional cigarettes. But in the US, the Centres for Disease Control and Prevention warn that the use of vape pens is not safe for children or young adults. It says that young people who vape are also more likely to smoke cigarettes in the future.