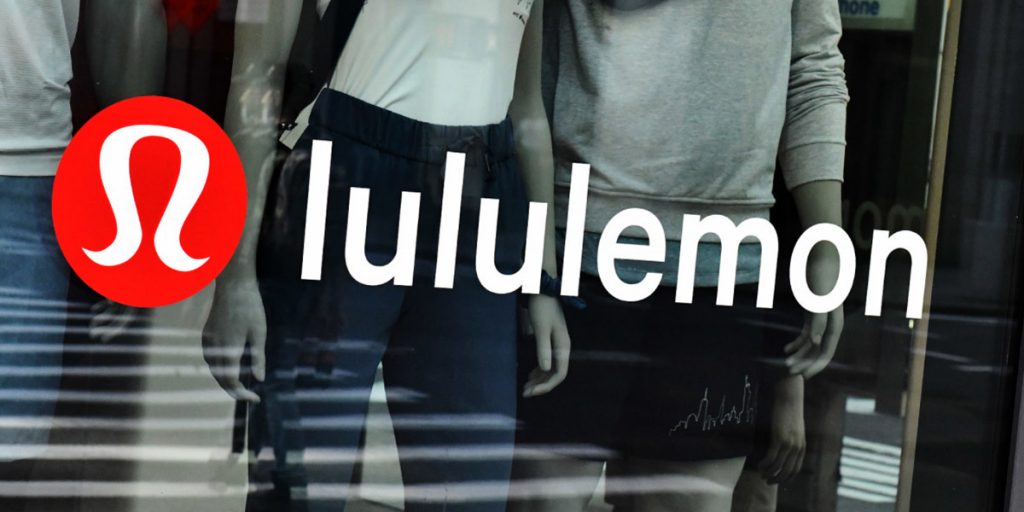 Shares of apparel retailer Lululemon Athletica jumped after hours Wednesday as the company reported second-quarter results ahead of analyst estimates.

The Vancouver, British Columbia-based company reported second-quarter net revenue of $1.5 billion, a 61% year-over-year increase, with adjusted earnings of $1.65 a share.

Analysts polled by FactSet were expecting Lululemon to report second-quarter revenue of $1.334 billion with earnings of $1.19 per share.

“We launched exciting new products, experienced strength across channels and geographies, and announced new partnerships that will allow us to become a leader in product sustainability.” said CEO Calvin McDonald.

Lululemon shares jumped 9.8% to $418 per share after hours Wednesday.

Analysts are expecting revenue of $1.325 billion with earnings of $1.32 a share.

Analysts polled by FactSet are expecting revenue of $5.943 billion with earnings of $6.93 a share.

In the previous quarter, the company reported a nearly 100% jump in sales that was fueled by e-commerce channels and the reopening of the U.S. economy.

Last month, the company said that effective Sept. 27, the company will raise the minimum base pay for the majority of its store employees in North America to a minimum of $15 or $17 per hour depending on their role and market.

LululemonStocks
Previous ArticleCompanies Are Now Issuing More Stock Than They Did at Top of the Internet Bubble and Here’s Why That MattersNext ArticleHere’s Why Investors Are Selling Tesla and Buying Ford, GM: Analyst