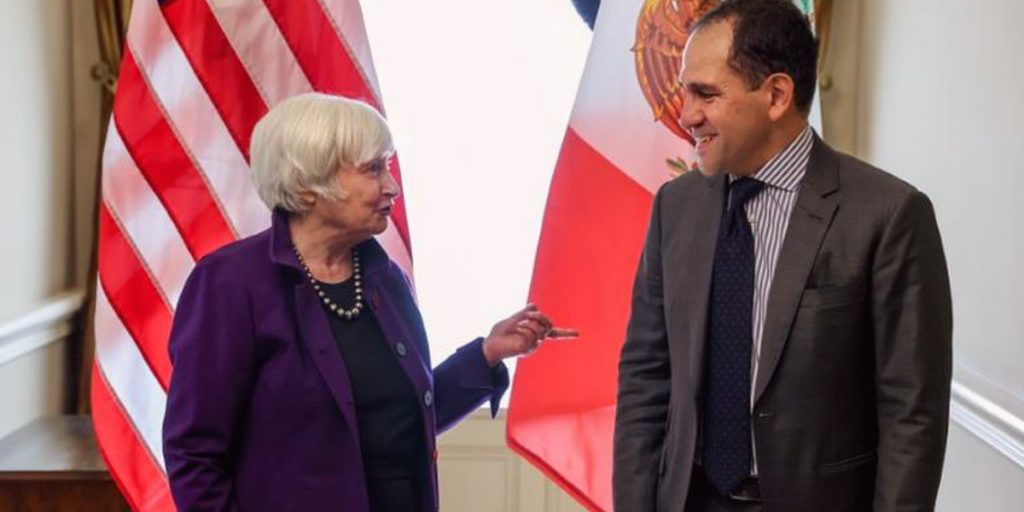 U.S. Treasury Secretary Janet Yellen met with Mexican finance minister Arturo Herrera on Thursday, stressing the importance of securing support from the Group of 20 major economies for a proposed global minimum tax, the Treasury said in a statement.

Yellen, whose proposal for a global minimum tax of at least 15% has won the backing of the Group of Seven advanced economies, is now urging G20 countries – including Mexico and China – to support the plan when they meet in Venice in July.

Yellen told U.S. lawmakers that Washington would not agree to any type of special treatment for China or other countries that would weaken a global minimum tax regime. read more

G7 finance officials on June 5 agreed to support a minimum corporate tax rate of at least 15%, a move endorsed by G7 leaders on Sunday.

In her discussion with Herrera, Yellen also affirmed the Treasury’s commitment to deepen cooperation with Mexico on illicit finance and to work together to address root causes of migration from northern Central America, Treasury said.

Herrera, who met with Yellen in Washington, said the two officials discussed the possible approval and implementation of the global minimum tax rate, but gave no details.

He also said they discussed economic recovery in the region, including in Central America.

Treasury said Yellen reviewed ongoing efforts in both countries to address the COVID-19 pandemic and to support a robust economic recovery.

The Federal Reserve on Thursday forecast the U.S. economy would grow 7% in 2021, which should help the Mexican economy given extensive trade ties between the two neighboring countries.

Herrera also met with International Monetary Fund Managing Director Kristalina Georgieva for what she described in a tweet as a “very productive in-person meeting on the global and regional economic recovery.”