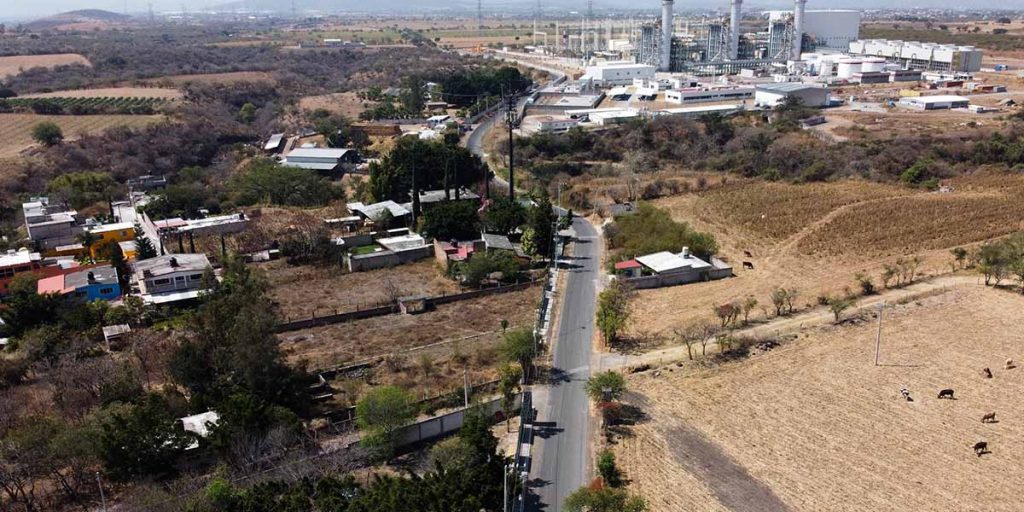 Mexico’s president presented details on Monday of a proposal that is likely to squeeze out hundreds of private power generating plants and may provoke complaints under the Mexico-U.S.-Canada free-trade accord. The constitutional reform presented by President Andrés Manuel López Obrador would cancel contracts under which 34 private plants sell power into the national grid. The plan declares “illegal” another 239 private plants that sell energy direct to corporate clients in Mexico. It also would cancel many long-term energy supply contracts and clean-energy preferential buying schemes, often affecting foreign companies.

It puts private natural gas plants almost last in line — ahead of only government coal-fired plants — for rights to sell electricity into the grid, despite the fact they produce power about 24% more cheaply. Government-run plants that burn dirty fuel oil would have preference over private wind and solar plants. It guarantees the government utility a market share of “at least” 54%, contradicting promises to reserve 46% for private companies. Rocio Nahle, the secretary of energy, said that means “the private firms are going to be in the market with 46% percent, they are not going to be nationalized at all, not even one screw or one nut.”

But Nahle didn’t explain what the difference is between effectively shuttering a private power plant and nationalizing it. Both would have zero value for the owner and would be impossible to move. Moreover, it would apparently be up to the state-owned utility, the Federal Electricity Commission, to determine whether it wanted to go over the “at least” 54% market share. The president’s bill — which needs a two-thirds majority to pass in Congress — is meant to shore up the finances of the federal utility, which currently produces only about 38% of the country’s electricity because its plants are older, more expensive to run, and more polluting. López Obrador idolizes state-owned companies; in addition, he needs the government utility to burn all the excess fuel oil produced by Mexico’s oil refineries, which he has expanded. A by-product of refining gasoline and diesel, nobody else wants fuel oil, which is dirty when burned.

So the president was eager to pressure the old ruling Institutional Revolutionary Party — which has the swing votes he needs to pass the reform — to support it. It is a long-shot bid: it was the Institutional Revolutionary Party that pushed through the 2013 privatization reform, and several leading members say they won’t vote for a return to a government-dominated power sector. “If this constitutional reform isn’t passed, these (private) companies will wind up taking over all of the electricity markets and we will get what is happening in Spain right now, where electrical rates are going through the roof,” López Obrador said. Ironically, Nahle displayed a graph showing that so far this year, Mexico’s electricity prices have increased very little under the current, partially privatized scheme.

Many of the private plants were built by foreign investors under a 2013 energy reform that the president wants to roll back, and analysts say those foreign companies could file complaints under the USMCA trade pact rules that guarantee foreigners equal treatment and forbid favoring local or government firms. The private BBVA Research firm said the president’s plan “will generate complaints under the USMCA.” “Regarding the USMCA, the proposed reform violates at least Chapter 14 (investment), and Chapter 21 (competition policy),” the firm wrote in an analysis of the plan. Foreign Relations Secretary Marcelo Ebrard acknowledged the possibility but appeared unconcerned.

“If this had happened and we didn’t have the treaty, it certainly would have become a big bilateral issue, and it hasn’t,” Ebrard said. “Why hasn’t it? Because there are procedures and avenues if you have a difference, and you can defend yourself and if you’ve been unfairly affected, we will have to repair or repay the damages.” Oddly, the president’s plan doesn’t appear to focus on what many observers say is one of the real deficiencies of the current electrical system: the fact that private firms don’t have to pay much of the cost of transmission for the power they produce. But it would abolish all the regulatory, competition, and oversight agencies in the power sector and fold them into the Federal Electricity Commission, allowing it to judge whether its own practices are fair.

The Federation of Mexican Employers, a business group, said: “This plan closes the door to competition and it is clear that if it is approved, in the short term it will lead to shortages, blackouts, and ever-higher rates for Mexican families.” The bill, which López Obrador sent to Congress earlier this month, also declares lithium a “strategic mineral” and reserves any future exploration and mining for the government, despite the fact Mexico has no state-owned company capable of producing lithium. The move is likely to leave Mexico’s only privately exploited mine, expected to start production in 2023, in the hands of a Chinese lithium company.