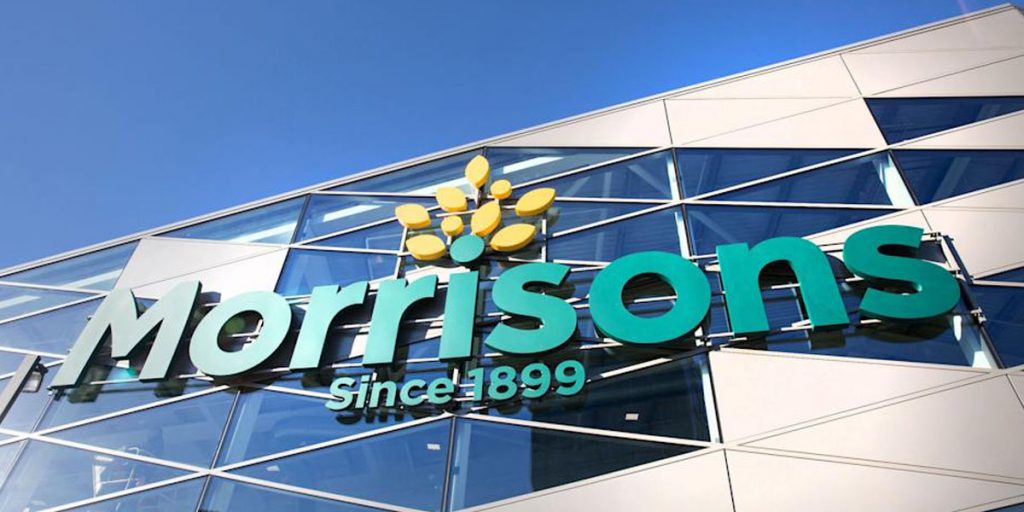 Last month, the supermarket group turned down an offer worth £5.5bn from a different firm, saying it had significantly undervalued the business.

Morrisons chairman, Andrew Higginson, said the new offer was fair, and the chain would “continue to prosper”.

The takeover – led by US private equity group Fortress Investment Group – is subject to shareholder approval but the supermarket group’s directors are recommending it is unanimously voted for.

Under the deal’s terms deal shareholders will get 254p per share – which Morrisons said was a 42% premium on its share price before the offer period – brought about with the disclosure of the rejected offer from Clayton Dublier & Rice (CD&R).

Mr Higginson said the supermarket’s “performance through the pandemic” had improved its standing and enabled it to enter discussions with Fortress from “a hard-won position of strength”.

He said it was clear to the supermarket’s directors that Fortress had a “full understanding and appreciation of the fundamental character of Morrisons”.

Joshua A Pack, managing partner at Fortress, said the group was committed to being “good stewards of Morrisons”.

Fortress’s bid is backed with funding by the Canada Pension Plan and Koch Real Estate Investments – part of Koch Industries.

Russ Mould, investment director at stockbroker AJ Bell, said the American investors may have considered Morrisons – the UK’s fourth-largest supermarket group – as being “unloved, under-appreciated and therefore undervalued” meaning they thought they were getting a bargain.

Mr Mould added that Fortress had been clear in its statement that it did not plan to sell any of its real estate which he thought was aimed at reassuring staff and wider society that this would not be a case of asset stripping by a private equity firm.

Morrisons owns the freehold on about 85% of its properties including its supermarkets.

Labour’s shadow business minister Seema Malhotra said the government must closely scrutinise the takeover bid and called on ministers to work with the consortium to ensure “crucial commitments to protect the workforce and the pension scheme are legally binding, and met”.

The government said it was committed to “ensuring that the UK remains open for business, while protecting the livelihoods of British workers and investment in the UK”.

Workers union Unite said it wanted “unbreakable guarantees” on jobs and conditions or it would not co-operate with any sale.

Unite’s national officer for road transport Adrian Jones, which represents Morrisons’ warehouse and distribution workers, said the company was “unique among UK supermarkets” because it owns its supply chain.

Following confirmation of one takeover bid last month, news of another was not unexpected.

The message from Fortress and its partners is that this would be a long-term investment rather than precipitate dramatic change.

It has made it clear it would support the existing strategy of Morrison’s management. Areas for development include the supermarket’s online offering.

Fortress has also sought to pre-empt and assuage any concerns about the impact its takeover would have on the business, its workforce and supply chain.

For example, supporting pay of at least £10 an hour, not changing the pension schemes, and not anticipating “material” store sale-and-leasebacks. The fact Morrisons owns most of its sites is perceived as a big draw.

But still, Labour and the Unite union are demanding further guarantees.

If this deal does come to fruition, it will shorten an already short list of the remaining publicly listed UK supermarkets.

Richard Lim, of research consultants Retail Economics, said the deal “signals the biggest shakeup in the UK grocery sector for over a decade” as the industry grapples with changes brought by the pandemic and post-Brexit supply chains.

Adam Leyland, editor-in-chief of trade publication the Grocer, said the fact the bid had been recommended by the board made it more likely to go through and put pressure on CD&R – which could return with a follow up bid.

He said the nature of the way a purchase was made was important and said the Morrisons deal, in which he said the consortium planned to “back the business”, was in contrast to the Issa Brothers buyout of Asda.

In that deal a large amount of the £6.8bn purchase price was met by borrowing in what is know as a leveraged buyout.

Morrisons started life as a market stall in Bradford in 1899 but it was not until 1961 that the first supermarket store opened under the name.

In 2004, the group bought rival grocer Safeway for £3bn, giving it a bigger slice of the market in southern England.