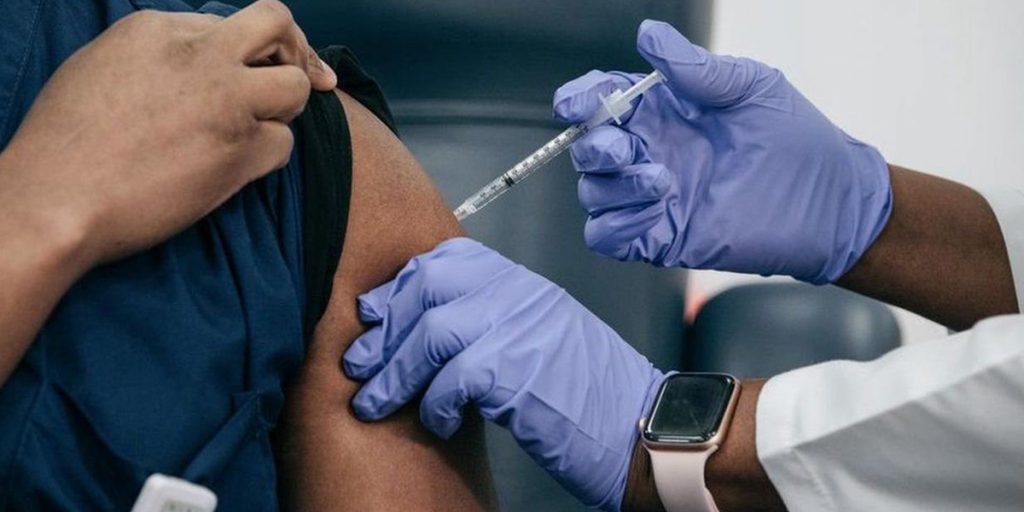 New York City is to require customers and staff of restaurants, gyms and other indoor businesses to have had COVID-19 vaccinations.

The policy is to encourage more residents to get vaccinated as the Delta variant spreads in the city and across the US.

Mayor Bill de Blasio said the policy would “turn the tide” on COVID-19.

Nearly 60% of New Yorkers have received at least one jab.

But some areas, which are largely poor communities, and communities of color, have lower vaccination rates.

Anyone who wants to eat inside a restaurant or attend an indoor performance in New York City will now need to show proof they have been vaccinated against COVID-19.

The policy, which is similar to measures taken in France to try to help slow down the spread of coronavirus, will be enforced from 13 September.

As part of the initiative, the city is creating the “Key to NYC Pass” to provide proof of vaccination to workers and patrons at gyms, restaurants, and entertainment venues, the mayor said.

The rules will go into effect this month but will not be fully enforced until September when schools are slated to reopen and businesses are expected to bring employees back into the office.

Other big US cities have reinstated mask mandates indoors but Mr de Blasio has been reluctant to do so.

The highly contagious Delta variant has been spreading across the US, leading to an increase in infections and hospitalizations.

Last week Netflix made it mandatory for key cast and crew on US TV and film productions to have had jabs.

Other firms such as Google have said workers must get vaccinated before returning to the office.

JP Morgan said in June that fully-jabbed employees are allowed to discard face masks at work.

Goldman Sachs bankers also have to disclose how many jabs they have had before returning to the office.

In June, Harry Potter publisher Bloomsbury said UK staff must have vaccinations ahead of their return to the workplace.