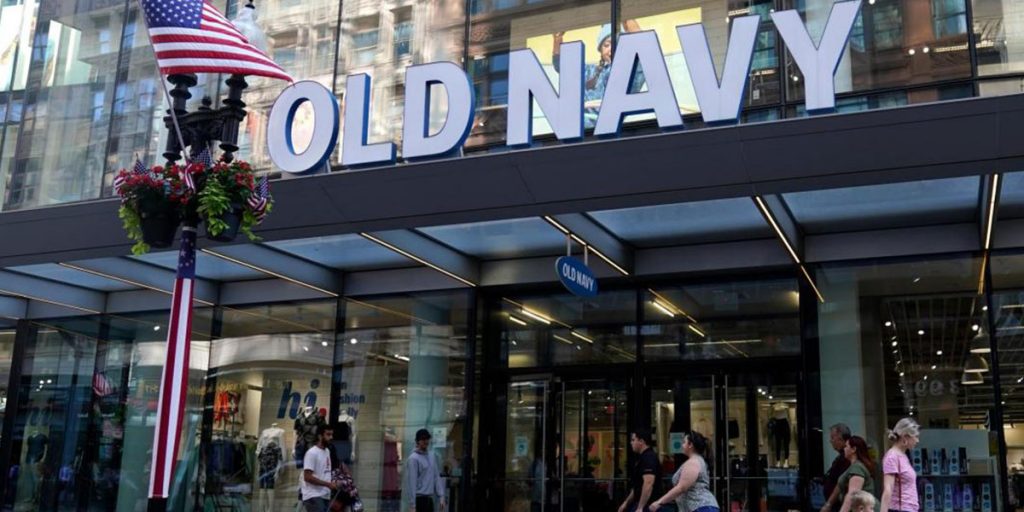 Gap Inc.’s low-price division Old Navy is overhauling its approach to how it designs and markets to plus-size women, a demographic that many analysts say has been underserved. Starting Friday, Old Navy will be offering every one of its women’s styles in all sizes with no price difference. That means sizes 0-28 in stores and up to size 30 online. The 1,200-store chain will also be displaying its large sizes together with the standard sizes on the floor. The fashions will be displayed on mannequins in sizes four, 12, and 18. Online, the chain is merging its plus size and standard sizes together, with models appearing in all three sizes. The moves, announced Wednesday, are expected to help Old Navy reach $10 billion in annual sales by 2023, up from $8 billion in 2019, company executives said.

Old Navy joins Target, Nordstrom, and others, which over the past few years have been adding more plus-size offerings, and many are integrating them next to standard sizes. They’re also adding fuller-size mannequins on the selling floor and showing more plus-size models in their marketing. Still, the common practice for department stores and other retailers is to have separate areas for plus sizes, but they also devote separate sections for petite sizes, says Neil Saunders, managing director of research firm GlobalData Retail. Walmart, for instance, has a separate plus-size shop on its apparel floors. Over the years, retailers have expanded their offerings to cater to plus-size women. But analysts believe the commitment vacillated and stores never made this customer base feel part of the shopping experience, often leaving them out of marketing materials.

Analysts believe this time around, the push will be long-term as they’re under pressure from shoppers to be more inclusive. Clothing retailers are increasingly struggling to attract customers and are looking for new opportunities to pump up sales. “We have entered at a time when inclusion finally expands beyond race, nationality, and income level,” said Marshal Cohen, chief industry advisor at NPD Group. “It includes sizes. We have finally gotten there.” “For too long, too many women have not been included in the retail industry. That means if you were a size 16 or 18, which is the average size of a woman in America, you had very limited choice,” said Alison Partridge Stickney, head of women’s merchandising at Old Navy. “We knew there was an opportunity to do more.”

The International Journal of Fashion Design, Technology and Education published a study in 2016 that the average American woman wears a size 16 to 18. Sales of plus-size women’s and men’s clothing hit $27 billion in 2019, up from $19.9 billion in 2012, according to GlobalData. Women’s plus-sizes accounts for 19% of total women’s clothing in the U.S. for the 12 months ending May, according to NPD’s Consumer Tracking Service. That’s up to one percentage point from the same time last year. Old Navy first started offering a limited plus-size collection in 2004. In 2018, it launched plus-size shops in 75 U.S. stores.

But it realized it needed to go deeper. To reinvent the design process, it did body scans of 389 women to create digital avatars based on real women’s bodies and ran fit clinics. It also examined every design detail like the pocket placement. Old Navy is also integrating its design process for both standard and larger sizes; previously, there were two teams. Company executives say they’re sharing their knowledge with Gap and Banana Republic teams. Another division, Athleta, has been prominently displaying its designs on full-figured mannequins. Saunders of GlobalData Retail, says the price disparity between standard sizes and large sizes — anywhere between 5% to 15% by his estimates — is no longer a common practice at stores. Analysts say the reason for the gap is because of economies of scale since it costs more to produce a smaller collection. Also, more material is involved.