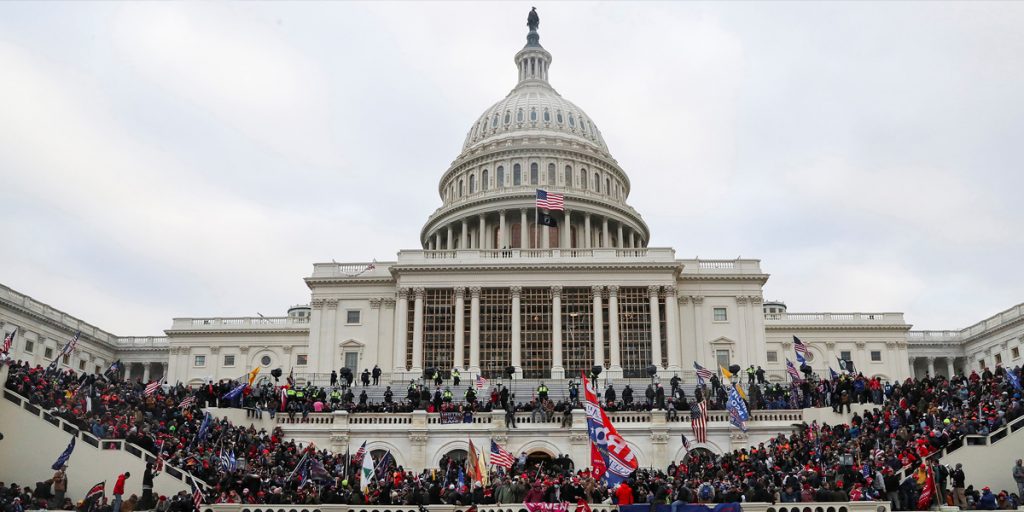 In early February, the U.S. House Committee on Oversight and Reform asked social media platform Parler to produce information regarding its finances and potential ties to foreign entities. The request came in the wake of the Jan. 6 attack on the Capitol, which allegedly involved numerous Parler users.

Now Parler has responded, mounting a defense that essentially boils down to: “We aren’t bad because Facebook is worse.”

In a letter dated Mar. 25, Parler attempts to paint itself as a small underdog startup being mercilessly attacked by Twitter and Facebook. Claiming that Big Tech are afraid Parler will become a “competitive threat,” the company alleges it is being scapegoated, and calls for Congress to go away and investigate that instead.

“[T]ogether, the Big Tech companies colluded with Amazon to destroy Parler and used the horrific attacks on the Capitol on January 6, 2021 as a shameful excuse,” wrote Parler’s lawyers.

As evidence, the letter cited the fact that Amazon Web Services signed a hosting contract with Twitter a few weeks before terminating Parler’s services. It’s an embarrassingly silly and self-involved conclusion to draw, but a wonderful example of the phrase “correlation does not imply causation” that will be useful in future classrooms.

Of course, by Parler’s own admission, the primary reason it allegedly posed a threat to Big Tech was because it was poised to host Donald Trump after he’d already been banned by numerous other social media platforms. The whole thing is like trying to eat from your neighbour’s rotting trash, then getting mad when your mum comes and stops you.

In addition to declaring its love of slurping up Twitter’s garbage, Parler spends most of the letter hurling stones from its own grimy glass house rather than addressing the Committee’s concerns. This included noting that in over 200 charging documents filed by the Department of Justice concerning the Jan. 6 attempted coup, Facebook was referenced 73 times and Parler only eight.

“It is now well-documented and understood by honest observers that incitement occurred far more frequently on Big Tech platforms like Facebook and Twitter than Parler,” wrote Parler.

The company didn’t mention that both rival platforms each have over 12 times the number of users Parler does, which may bear some relevance.

“[T]he Committee should recognize that curbing violent rhetoric and incitement is hard, and it is evident that even the largest and most well-resourced Big Tech companies have had significant difficulties doing it,” Parler continued.

It’s true that stopping online abuse is difficult, and that platforms such as Facebook and Twitter haven’t done a great job at it. Both have frequently come under fire for precisely this issue.

However, none of this removes the log from Parler’s eye. In fact, it’s an even more damning indictment of the platform, which has done an even worse job than its rivals despite its smaller user base. (Parler had 15 million users around the beginning of 2021, while Twitter had 192 million daily active users and Facebook had 1.84 billion.)

Though Parler claims not to be a “far-right instigator,” its laissez-faire approach to moderation has actively attracted users booted off other platforms for content violations and abuse. The company not only knows this but embraces it, branding itself as as “[standing] proudly for the fundamental American values of freedom of speech and expression.”

Still, Parler is careful to stress that it’s an upstanding, law-abiding platform.

Unfortunately, Parler behaves as though obeying the law is some badge of honour and not the bare minimum. The company may follow legislation but it doesn’t seem to understand why it was made, or comprehend the concept of ethical obligations.

If the only thing stopping you from harming others is a written rule specifying monetary consequences, you can’t really claim the moral high ground.

Parler’s letter also gets down to splitting incredibly fine baby hairs regarding its business dealings with Donald Trump.

In the letter, Parler rejects a report that “suggests [it] negotiated with individuals representing then-President Donald Trump and offered to provide the former president with an ownership interest in the Company.”

It’s the exact kind of “well actually” talk you’d expect from a social media website determined to swaddle itself so tightly in its Confederate flag that it suffocates. Parler is acting like a kid chanting that they aren’t touching you so you can’t get mad, or arguing that two chopped tomatoes constitute a fruit salad. Everyone knows they’re full of it, but they’ll just keep grinning like their crap doesn’t stink.

Despite its overactive sense of victimhood, Parler isn’t the only organisation under investigation. The Committee requested documents from various federal and law enforcement agencies today as well, the White House being included among them. Facebook and Twitter have also faced Congressional hearings for various issues repeatedly throughout the years — including one this week — and will no doubt face more in the future. It isn’t as though Big Tech is going unscrutinised, as Parler seems to believe.

But when you don’t have much of a defense, sometimes the best you can do is look around, point at someone else, and shout, “What’s that?!”