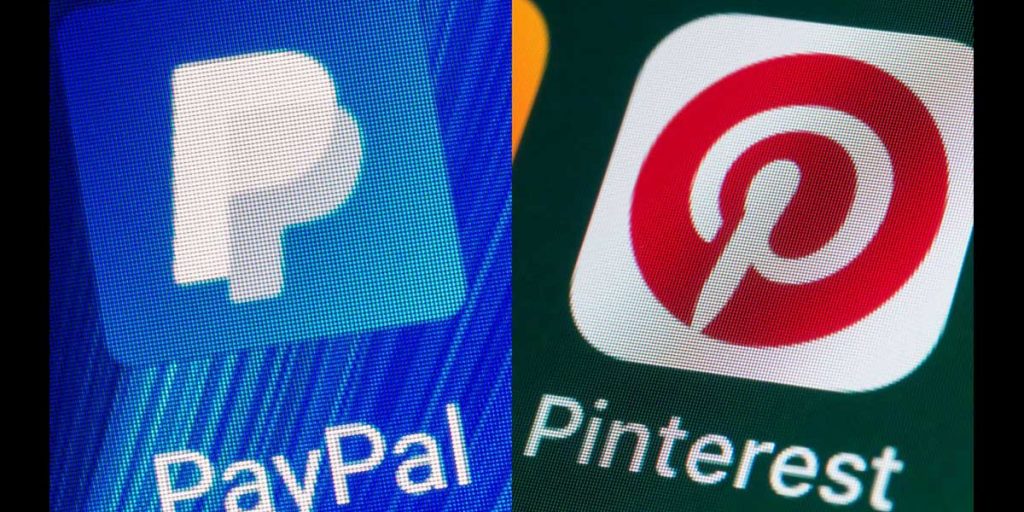 PayPal is in late-stage talks to buy social media company Pinterest, a person familiar with the matter told CNBC. This person asked to remain anonymous because the deal discussions were confidential.

The company’s stock was halted twice, before closing up more than 12 percent. PayPal, meanwhile, closed down nearly 5 percent.

Pinterest went public in April 2019, where it was valued at just more than $10 billion.

PayPal has largely benefited from the boom in online shopping since the start of the coronavirus pandemic. Last year, it pitted itself against the growing buy-now-pay-later companies with its “Pay in 4” offering. A potential acquisition of Pinterest could push the company into social commerce, a growing space that other tech giants are already working on.

Facebook, for example, has heavily pushed into making Instagram shoppable. Last summer, it began testing a dedicated “Shop” tab on its home screen. It also lets users shop through regular Instagram posts, Live, Stories and its Explore feed, and has tested shopping on its short-form video feature Reels.

Social commerce lets companies track clicks and purchases within their respective apps, so they can prove the effectiveness of ads to advertisers. It also could allow the companies to receive a cut of each transaction.

PayPalPinterest
Previous ArticleSpanx—Founded With $5,000—Is Now Worth $1.2 Billion In Blackstone DealNext ArticleOnions From Mexico Linked To Salmonella Outbreak In 37 States