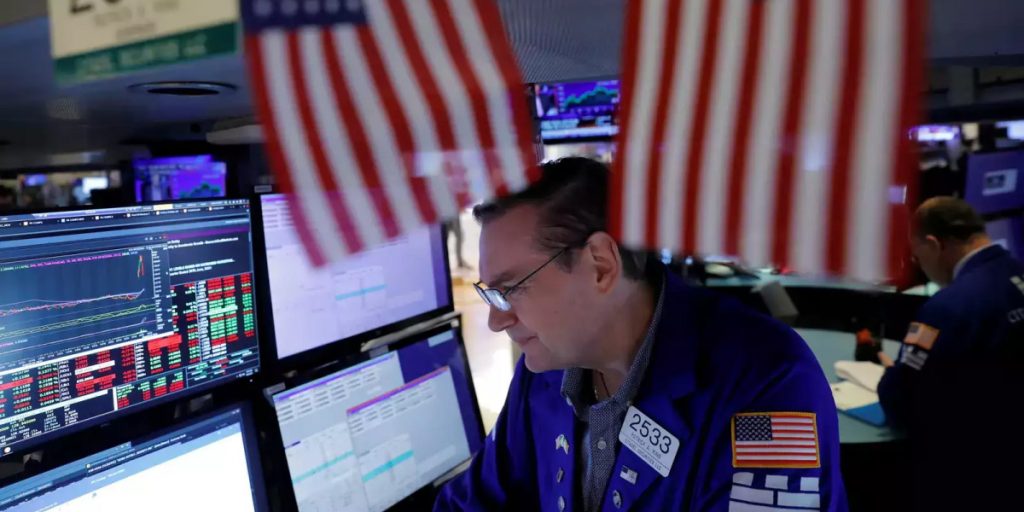 Markets always look to the Labor Department’s monthly employment report with great anticipation. But whether the data disappoints or surprises the upside often has only a modest effect on overall stock index moves.

Friday’s report missed consensus by a mile, for example, showing the economy added a paltry 235,000 jobs instead of the 728,000 expected by economists.

But Wall Street seemed to largely shrug off the disappointment. The S&P 500 was essentially flat.

Detrick also pointed to strengthening yields as a reason the stock market is not terribly worried.

The yield on the 10-year U.S. Treasury note rose about 4 basis points to 1.3257% Friday afternoon on data in the jobs report showing wages heating up even more than feared. Even so, benchmark Treasury yields are well below the highs earlier this year when traders were most worried about the U.S. recovery kindling durable inflation.

“This was on the disappointing side of things, but the bond market isn’t overly concerned,” Detrick added. “If the bond market was worried about the economy, yields would be lower and that’s not the case.”

The term “Goldilocks” is often used to describe data that hits the sweet spot; not so dire as to herald economic deterioration or so robust as to cause the Federal Reserve to tighten its dovish monetary policies.

And as markets tend to prefer not to be surprised, it might stand to reason that stocks would perform well when the actual number comes in close to estimates.

But neither appears to have been the case over the last year. The graphic below shows the monthly payrolls surprise against the movement of the S&P 500 (.SPX) on the day of the report’s release:

This graphic charts payrolls surprise against the tech sector (.SPLRCT) which tends to respond well to disappointing economic data as it tends to ensure the Fed will keep key interest rates low, and Dow transports (.DJT) that are seen by many as a barometer of economic health:

Finally, this graphic pits payrolls surprise against the rise and fall of benchmark Treasury yields, in basis points, during the session of the report.