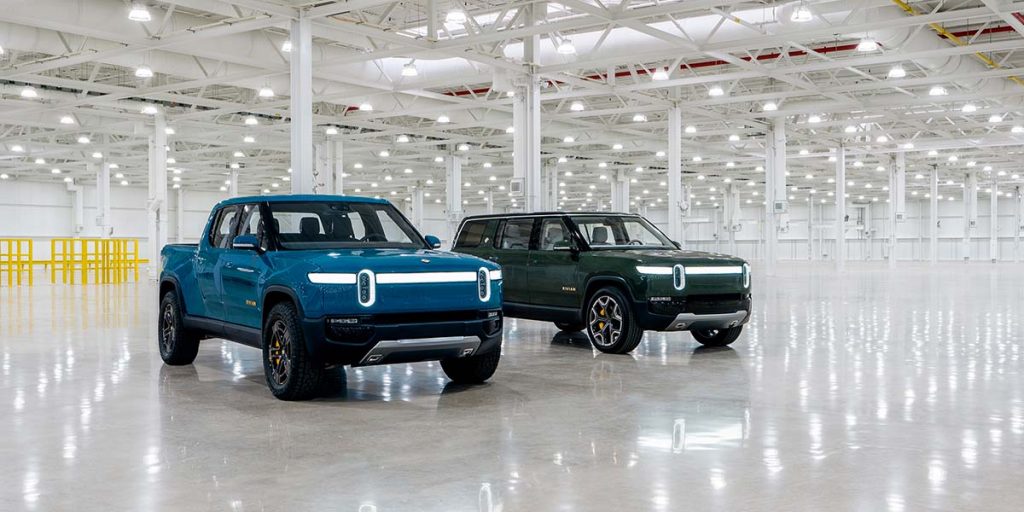 There is a winner in the race to build the first consumer-ready electric pickup truck, and it isn’t Tesla, Ford, or General Motors.

The startup truck maker’s first R1T pickup come off the line in a former Mitsubishi plant in Normal, Illinois on Tuesday, company CEO RJ Scaringe announced in a tweet.

“After months of building pre-production vehicles, this morning our first customer vehicle drove off our production line in Normal!” he tweeted Tuesday. “Can’t wait to get these into the hands of our customers!”

Rivian has also received necessary clearances from the National Highway Traffic Safety Administration, the Environmental Protection Agency, and the California Air Resources Board to start delivering R1Ts to all 50 states. Customers can only buy the trucks online, as there are no showrooms yet available to see or test drive the vehicle.

The company said it is holding events around the country where customers can see the vehicles in person, and that buyers will have seven days or 1,000 miles to return the truck after it’s delivered.

Although electric cars and SUVs continue to grow in popularity, an EV pickup has been more plans and promises than reality so far.

Ford (F), which along with Amazon (AMZN) has made an investment in Rivian, has plans for its own electric pickup, the F-150 Lightning, due to go on sale next year.

Tesla (TSLA) expects to complete its first Cybertruck pickup by the end of this year, although full production won’t start until 2022.

And GM (GM)’s electric Hummer pickup and an electric version of its two full-size pickups, the Chevrolet Silverado and GMC Sierra are due out in 2022 or later. The only company saying it is close to the production of an EV pickup is another startup, Lordstown Motors, but the company has yet to say when it is starting production.

It is significant that Rivian has succeeded in being first to market with its EV pickup, said Brian Moody, executive editor of AutoTrader, a unit of Cox Automotive, which is also an investor in Rivian.

“Electric trucks are a hot thing right now. They’re going to have the advantage of being the first,” he said. “But as time goes on, being seen as the best will be more important.”

Traditional truck buyers might not fit the profile of EV purchasers, but they will see the advantages of them, Moody added, such as the ability to use the truck as a power source rather than needing a separate generator.

“You can be in the middle of nowhere and you plug in your tools and you have a worksite,” he said.

But Rivian faces challenges trying to compete with Ford, GM, and Tesla without showrooms where buyers can browse for vehicles and feel confident in the ability to have them serviced.

“That’s something they’re going to have to ramp up,” Moody added.

Currently privately held, Rivian plans to launch an initial public offering in November. Unlike some other electric truck start-ups, such as Lordstown and Nikola, it will go public after it starts generating revenue.

Both Lordstown and Nikola saw their stocks initially soar, then lose much of their value after the short-selling firm, Hindenburg Research, put out reports questioning whether they could hit their promised sales targets.

A founder and former chairman of Nikola, Trevor Milton, is now facing federal charges for allegedly defrauding investors, and the company has shifted its focus to hydrogen-powered semi-tractors rather than its planned pickup trucks.