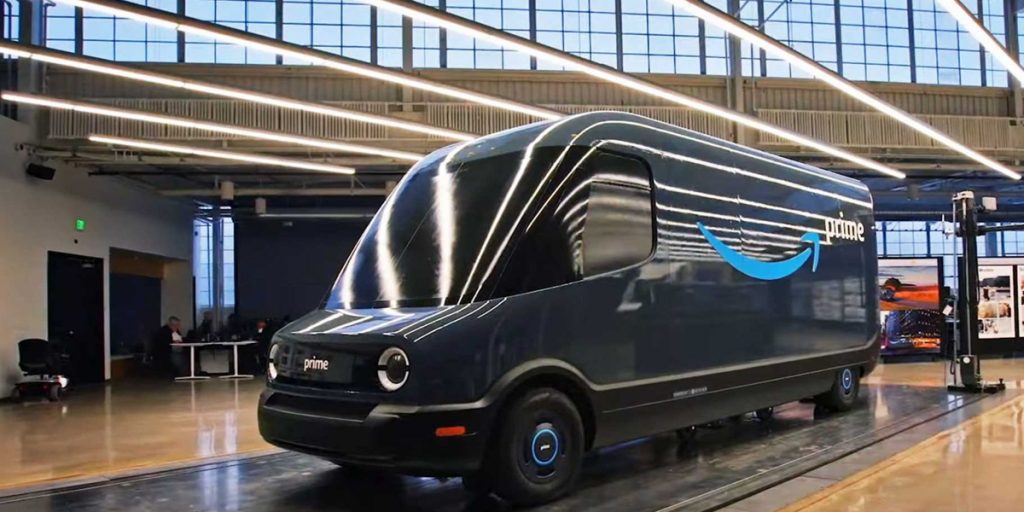 Rivian Automotive, a company developing electric vehicles, including commercial delivery vans for Amazon, filed for an initial public offering on Friday. The company aims to trade on the Nasdaq under the ticker symbol “RIVN.”

The company wrote in its filing, “We are a development stage company and have not generated material revenue to date. Vehicle production and deliveries began in September 2021.” Rivian beat Tesla, GM, and Ford to the market with an electric pickup, the R1T, which has received glowing early reviews. The company plans to launch a seven-passenger SUV called the R1S in December, it said in the filing.

CEO RJ Scaringe, who has a Ph.D. from the Sloan Automotive Laboratory at the Massachusetts Institute of Technology, founded Rivian in 2009. The company is based in Irvine, Calif., with 6,274 employees as of the end of June. It operates a vehicle assembly plant in Normal, Illinois.

Amazon and Ford each own more than 5% of the company. Peter Krawiec, Amazon’s senior vice president of worldwide corporate and business development, sits on Rivian’s board.

Rivian’s commercial vehicle business will be highly dependent on Amazon for the foreseeable future. The company said Amazon has some exclusive rights to purchase electric delivery vehicles from Rivian for at least four years, and the right of first refusal after that. However, either company may withdraw from the deal under certain conditions. In particular, if Amazon does not order at least 10,000 vehicles over two consecutive calendar years, Rivian may withdraw and force Amazon to reimburse certain costs.

The electric vehicles that Rivian is building for Amazon include 3 different sizes, 500, 700, and 900 cubic feet. The smaller two are planned for launch in December this year, and early 2022. The larger one will follow at an unspecified date.

Like Tesla, Rivian remains a non-unionized automaker for now. The company’s filing acknowledged that this status could change and impact labor costs.

Rivian is also following in Tesla’s vertically integrated footsteps. This means it sells its electric vehicles directly to customers rather than through franchised dealerships, provides its vehicle service and repairs, and is investing in a network of charging stations for Rivian owners to use.

The company’s filing on Friday noted that Rivian currently operates six service centers in California, Illinois, Washington, and New York, and runs 11 mobile service vehicles that can drive to a customer’s home and do some repairs. Rivian has established 20 locations for additional service centers.

Rivian targets fans of outdoor sports and recreation and has been investing in charging stations at remote, off-road destinations. Its filing said that the company has secured 24 Rivian Adventure Network direct current fast-charging sites in seven states, and 145 Rivian Waypoints charging sites in 30 states.