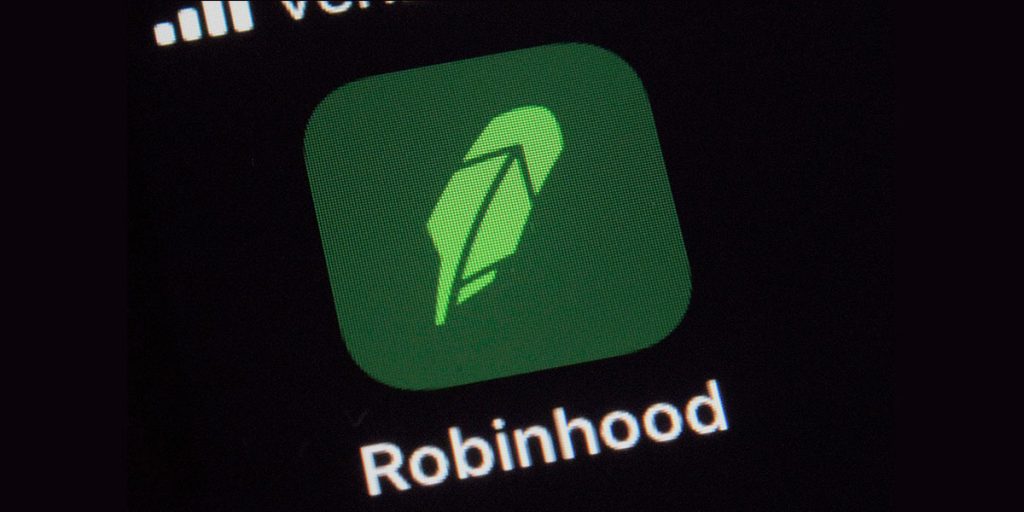 After helping a new generation of investors get into stocks, Robinhood is increasingly doing the same for cryptocurrencies. More than $4 of every $10 that Robinhood Markets Inc. made in revenue during the spring came just from customers trading dogecoin, bitcoin, and other cryptocurrencies. Robinhood also said Wednesday that it lost $501.7 million, or $2.16 per share, compared with a profit of $57.6 million, or 9 cents per share, in last year’s second quarter. Most of the loss was due to accounting changes related to a fundraising round it undertook early this year. The loss was no surprise after the company had earlier given preliminary estimated results for the quarter. The company’s slowdown in revenue growth was also expected — it more than halved to 131% from 309% in the first three months of the year — and the company again said revenue will likely drop in the summer from the spring.

But the degree of the sharp rise in crypto’s importance to Robinhood’s business was striking. Cryptocurrencies made up 41% of all of Robinhood’s $565.3 million in revenue in the quarter that ended June 30. That’s up from 17% in the first three months of the year and from just 3% at the start of last year. The spring marked the first quarter for Robinhood where new customers were more likely to make their first trade in cryptocurrencies rather than in stocks.
Robinhood CEO Vlad Tenev said in a recent interview with The Associated Press that he wants the company to make it easy to trade any asset its customers are interested in, and that increasingly means crypto. “They’re interested in exploring this new asset class,” he said. “So, no doubt, crypto has been very culturally relevant through the first six months of the year.”

Tenev also said he sees cryptocurrency companies as Robinhood’s competitors, just like other stock trading brokerages. Coinbase, a publicly-traded crypto exchange, said it had $1.9 billion in transaction revenue during the second quarter, versus Robinhood’s $233 million in crypto-related trading revenue. With cryptocurrencies, Robinhood makes money by routing its customers’ trade orders to market makers. It’s similar to how Robinhood makes money from its customers trading stocks: It gets payments from Citadel Securities and other big trading firms after sending them the stock orders made by its customers. Interest in cryptocurrencies surged in the early part of last quarter, leading to a frenzy of trading activity. Bitcoin hit $64,829 in April after starting the year at less than $30,000. Even dogecoin, whose fans have been trying to help it shed its image as a joke cryptocurrency, soared. It got to 74 cents in May after starting the year at roughly half a penny. The majority of Robinhood’s crypto-related revenue last quarter came from dogecoin, at 62%.

But cryptocurrencies are notoriously volatile, and their prices have continued to swing sharply since hitting those peaks. Bitcoin has since fallen back toward $45,000, and dogecoin has more than halved to roughly 30 cents. That could hinder Robinhood’s revenue growth going forward. The company said Wednesday that its revenue will likely drop from the second quarter to the third. “We expect seasonal headwinds and lower trading activity across the industry,” Chief Financial Officer Jason Warnick said in a conference call following the release of the quarter’s results. Trading for brokerages is typically busiest in the first half of the year, before fading in the second half, he said.

Robinhood’s revenue also does best when markets are volatile and customers are trading a lot, and the first two quarters of the year were punctuated by extreme volatility. In the first quarter, GameStop and other “meme stocks” soared to heights that professional investors called irrational, and cryptocurrencies had their own pop in the second quarter. Worries about potentially slower growth helped send Robinhood shares down 8% in after-hours trading on Wednesday after they rose 6.7% in the regular session to close at $49.80. Such swings are nothing new in the stock’s young life. Shares of Robinhood, which is based in Menlo Park, California, have veered between $33.25 and $85 since they began trading at $38 on July 29.