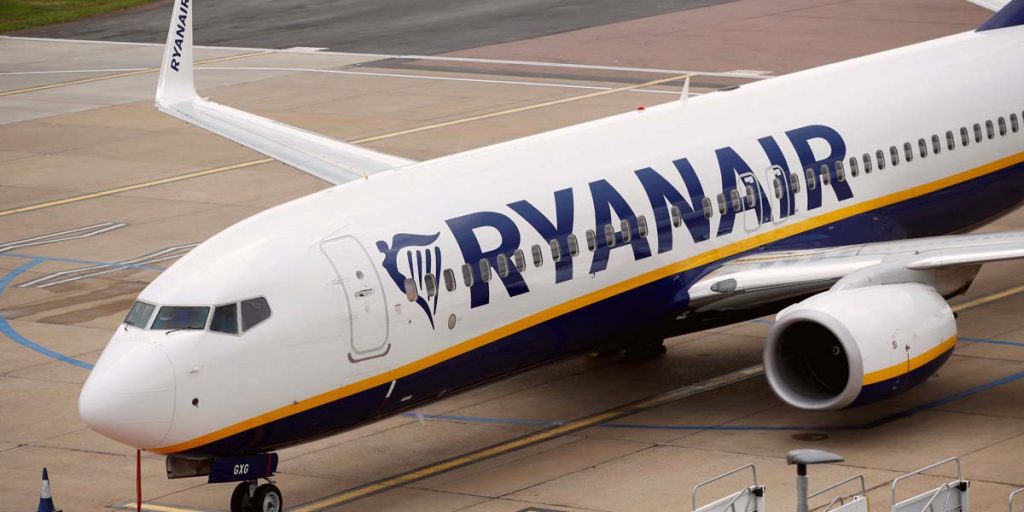 Ryanair reported a record annual after-tax loss of 815 million euros ($989 million) on Monday after COVID-19 restrictions forced it to scrap over 80% of flights, but the Irish airline said there were signs the recovery had begun.

Europe’s largest discount airline flew 27.5 million passengers in its financial year ended March, down from 149 million the previous year in what it called the most challenging in its history.

The airline reiterated its forecast that passenger numbers for the current fiscal year would be towards the lower end in the range of 80 million to 120 million passengers.

It expects to fly just 5 million to 6 million passengers in the April-June quarter.

Ryanair said it was impossible to give a formal profit outlook for the year, but added that it “cautiously believed that the likely outcome for FY22 is currently close to breakeven” if the EU vaccine rollout remains on track.

Group Chief Executive Michael O’Leary said in a pre-recorded presentation that a recent strong increases in weekly bookings suggested the “recovery has already begun” with bookings climbing from around 500,000 per week in early April to 1.5 million per week now.

“If, as is presently predicted, most European populations are vaccinated by September, then we believe that we can look forward to a strong recovery” in the second half of the year, from October to March, O’Leary said.

The annual loss was slightly better than the loss forecast of 834 million euros in a company poll of analysts.

“It’s better than we predicted, but still a fairly traumatic loss for an airline that has been consistently profitable for our 35-year history,” O’Leary said.

The airline said it had been told by Boeing that it would deliver the first of 210 Boeing 737 MAX jets in late May, though O’Leary said he did not “necessarily believe” the promise due to a series of delays.

The airline is, however, in talks with Boeing for an order for the 737 MAX 10 but “we are not quite there on price,” Chief Financial Officer Neil Sorahan said in an interview.