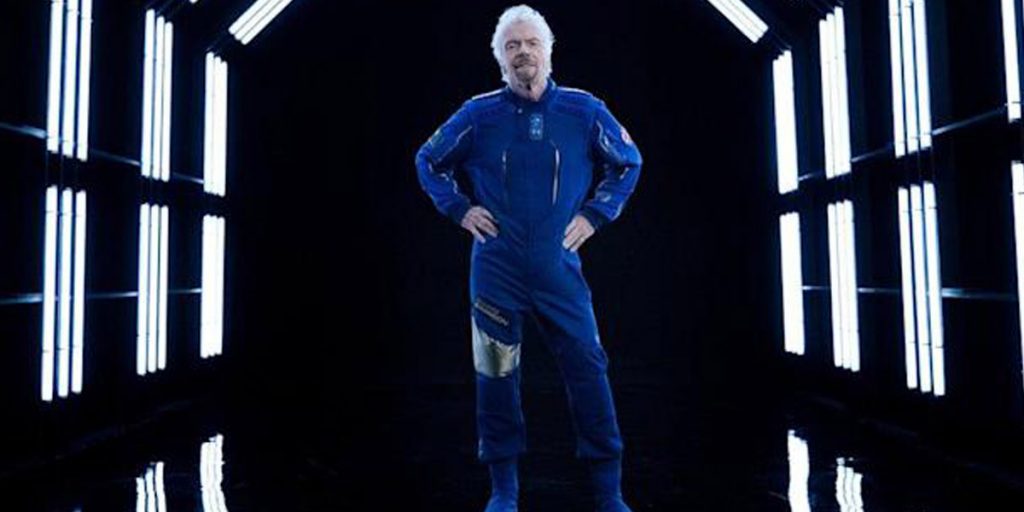 Sir Richard Branson has named the date he’ll fly to the edge of space. It will be on 11 July, or very soon after. He’ll be a passenger in the back of the Unity rocket plane his Virgin Galactic company has been developing in the US for the better part of two decades. The vehicle can climb to an altitude of 90km (295,000ft), giving those on board a few minutes of weightlessness and a view of the curvature of the Earth. Sir Richard’s intention is to introduce a commercial spaceflight service. Some 600 individuals have already lodged deposits to take the ride. Witnessing the British entrepreneur does it means those customers are now getting extremely close to having to hand over the full ticket price, which in some cases will be $250,000 (£180,000).

Sir Richard Branson said: “I truly believe that space belongs to all of us. After 17 years of research, engineering, and innovation, the new commercial space industry is poised to open the Universe to humankind and change the world for good. “It’s one thing to have a dream of making space more accessible to all; it’s another for an incredible team to collectively turn that dream into reality.” Absolutely key to Virgin Galactic moving forward with its business was the granting last week of a commercial spaceflight license by the Federal Aviation Administration.

Sunday 11 July is the opening of what’s termed a flight “window”. The Galactic team will aim to make the ascent on that day, but it could of course be delayed because of unfavorable weather conditions or perhaps a technical issue. If the mission does indeed go ahead on that Sunday, it would mean Sir Richard stealing a march on his rival in suborbital space tourism, fellow billionaire Jeff Bezos. The founder of the online retail empire Amazon.com has sunk a fortune into his hobby of building rockets and has announced his own trip to the edge of space on 20 July. He’s invited three individuals to join him in his New Shepard booster and capsule system: his brother Mark; a mystery person who paid $28m (£20m) at auction for a seat; and the famed female aviator Wally Funk. Eighty-two-year-old Funk trained to be an astronaut in the 1960s and will become the oldest ever spacefarer when she rockets to an altitude of 100km with Mr. Bezos.

The Amazon man has yet to detail how he’ll sell tickets more generally for New Shepard, but this is his plan. Sir Richard has clearly moved his first flight up in response to Mr. Bezos naming the date for his inaugural mission. The original schedule for the next Unity flight called for four Virgin Galactic employees to ride as passengers to test the cabin experience for future tourists. Only after that outing was Sir Richard supposed to strap himself in. He’ll now be one of the four testers – alongside Beth Moses, Galactic’s chief astronaut instructor; Colin Bennett, lead operations engineer; and Sirisha Bandla, vice president of government affairs. The two pilots upfront will be Dave Mackay and Michael “Sooch” Masucci.

Space tourism is a sector being rekindled after a decade’s hiatus. Throughout the 2000s, seven wealthy individuals paid to visit the International Space Station (ISS). But this adventurism, organized under the patronage of the Russian space agency, ceased in 2009. Now, new initiatives abound, and some of these will be aiming much higher than the sub-orbital flights from Sir Richard and Jeff Bezos. California tech entrepreneur Elon Musk has already lined up several private missions in his Dragon capsules. These vehicles reach several hundred km above the Earth and will stay up for days. The Russians, too, are reprising their commercial flights to the ISS, and there are even those who want to launch private space stations for people to visit. Among these is Axiom, a company started by a former Nasa ISS program manager.