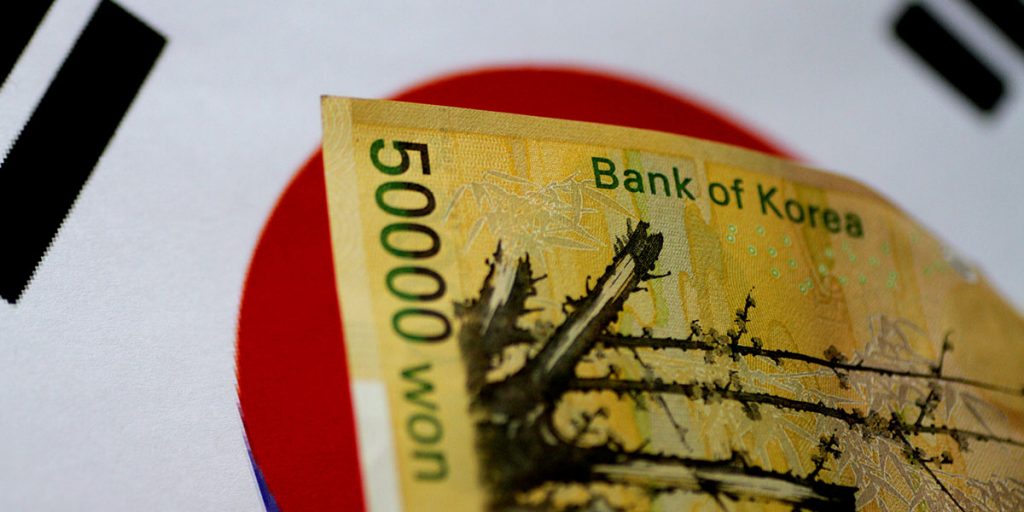 The Bank of Korea increased its base rate of interest from a record low of 0.5 percent to 0.75 percent.

The move is aimed at helping curb the country’s household debt and home prices, which soared in recent months.

Central banks around the world are trying to balance the impact of ongoing COVID-19 infections against economic risks such as high inflation.

It is the first time the Bank of Korea has raised its main interest rate for almost three years.

The decision comes as the central bank attempts to balance helping to support the country’s economic recovery against the risks of surging debt and rising inflation.

Policy makers for Asia’s fourth largest economy had been signalling that they were ready to increase the cost of borrowing since May.

The move was delayed as the latest COVID-19 outbreak put the country into a partial lockdown last month.

Central banks around the world are preparing to start dismantling their pandemic-era policies that have seen emergency stimulus measures brought in as economies were shut down to slow the spread of COVID-19.

Most countries that have raised the cost of borrowing so far this year have been in emerging economies that have seen inflation accelerate as demand for goods and services recovered.

Also in the Asia-Pacific region last week, New Zealand was expected to become the first advanced economy to increase rates in the wake of the coronavirus crisis.

However, the day before the monetary policy decision was announced Prime Minister Jacinda Ardern imposed a nationwide lockdown.

The Reserve Bank of New Zealand kept its rate at a record low of 0.25 percent, saying in a statement “the decision was made in the context of the Government’s imposition of Level 4 COVID restrictions on activity across New Zealand”.