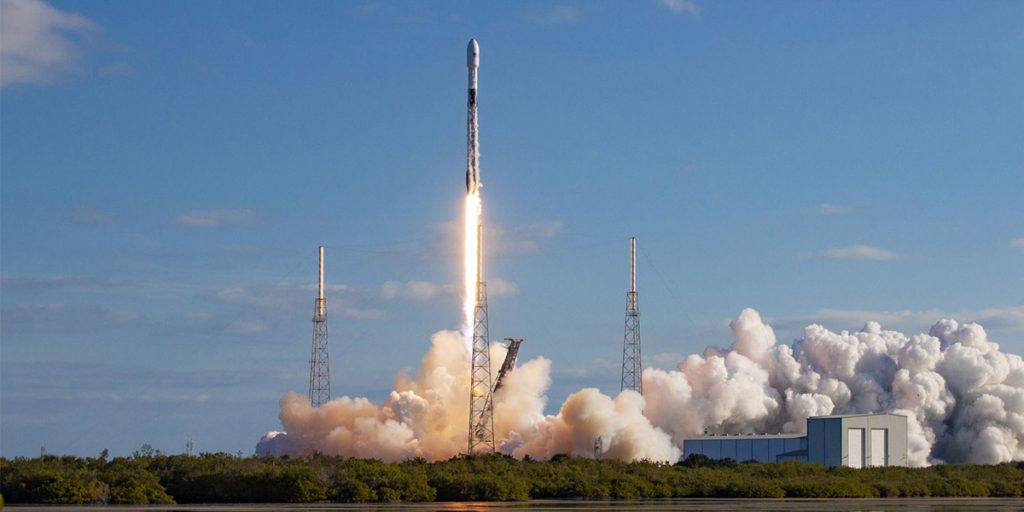 SpaceX has added yet more Starlink satellites to its existing constellation on orbit, with a successful delivery of 60 spacecraft this morning from Cape Canaveral in Florida. The mission used a Falcon 9 with a flight-prove booster that served on five previous launches, and a cargo fairing cover made up of two re-used halves from past flights.

This is the fourth Starlink launch in under a month, with prior batches of 60 sent up on March 14, March 11 and March 4, respectively. In total, that means it’s sent up 240 satellites in about three weeks, which is actually around on par with the number satellites than the second-largest commercial constellation operator, Planet, has in space in total.

The stated goal for SpaceX is to have launched 1,500 Starlink satellites in 2020, and given its progress, it looks on track to make that target at the current launch pace. Starlink should eventually grow to include as many as 10,000 or more active satellites in low-Earth orbit, but the near-term goal is to continue expanding geographic coverage of its broadband internet service to additional countries and customers.

Right now, it seems like the beta service rollout is more hardware-constrained on the ground component side, since SpaceX opened up pre-orders to anyone in a geography it services earlier this year. Customers signing up now for the Starlink antenna and modem kit are getting delivery times that extend out to the end of this year, even in areas where service is known to be available and performing well for existing beta users.

Starlink could become a massive revenue driver for SpaceX once it’s fully operational, and SpaceX CEO Elon Musk has said the plan is to eventually spin the company out once it’s past the initial infrastructure investment phase and revenues have stabilized. So far, customers seem to be having a positive experience with the network in terms of speed and reliability relative to other rural broadband solutions, but the next big test will come once the network is experiencing a heavy load in terms of customer volume.

Elon MuskSatellitesSpaceXStarlink Satellites
Previous ArticleElon Musk Declares You Can Now Buy a Tesla with Bitcoin in the U.SNext ArticleUK Sets Out Plan to Prevent Future Pandemics and ‘External’ Health Threats