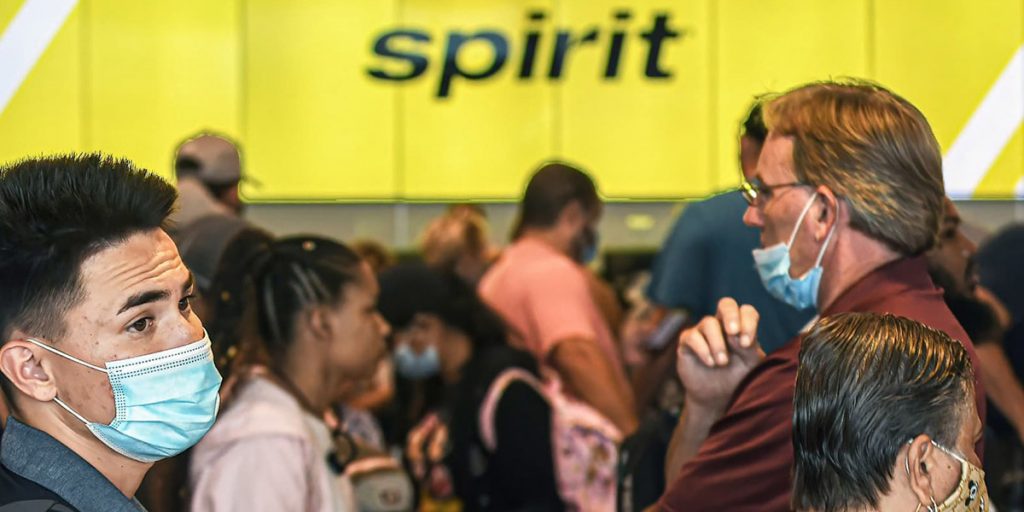 Spirit Airlines said Monday that its massive flight disruptions in recent weeks that affected tens of thousands of customers and caused chaos at airports around the country cost it about $50 million in revenue. Shares of the Miramar, Florida-based airline fell more than 1% in after-hours trading following its forecast. The discount carrier said it’s making “tactical schedule reductions” for the rest of the third quarter to soften the blow from staffing shortfalls. Spirit canceled more than 2,800 flights between July 30 and Aug. 9, citing staffing shortages, bad weather, and technical problems. “On behalf of our entire leadership team, we offer an apology to everyone impacted throughout the course of this event,” Spirit’s CEO, Ted Christie, said in a filing. “We believe the interruption was a singular event driven by an unprecedented confluence of factors and does not reflect systemic issues.”

The U.S. Transportation Department said it “has reminded Spirit of its legal obligations, including its obligation to provide prompt refunds when it cancels or significantly changes a flight and the passenger chooses not to accept the alternative offered. It also said it is monitoring the airline and reviewing complaints about the carrier “to ensure that consumers’ rights are not violated. The Department will act if the airline fails to comply with the applicable law.” Spirit also warned that customers are canceling more bookings, which it attributed to rising numbers of Covid-19 infections. Frontier Airlines and Southwest Airlines this month also cut their forecasts, blaming a slowdown in bookings on the fast-spreading delta variant of Covid-19.

“This behavior, together with the Company’s tactical cancellations, is expected to drive an additional $80 to $100 million of negative revenue impact during the third quarter,” it said. Spirit Airlines’ meltdown prompted Sen. Maria Cantwell, D-Wash., chair of the Senate Commerce Committee, to recently add Spirit Airlines to other U.S. carriers she has been quizzing about flight disruptions and staffing shortages despite $54 billion in payroll aid that Congress has set aside for carriers since March 2020, the committee confirmed to CNBC. Spirit did not immediately comment on the questions from Cantwell.