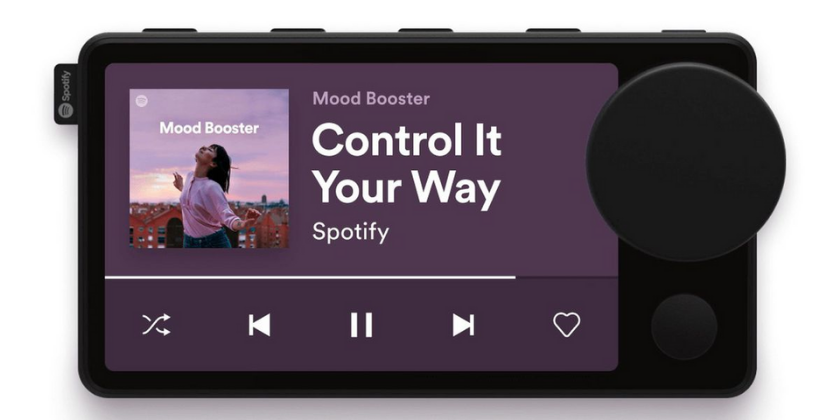 Spotify’s much-anticipated in-car gadget, a voice-controlled music player known colloquially as the Car Thing, has just shown up in a handful of in-app renders unearthed by MacRumors contributor Steve Moser, who found the images in Spotify’s app code. These renders match up quite closely with photographs of the real deal submitted as part of filings to the Federal Communications Commission (FCC), which The Verge reported back in January.

Thanks to these renders, we have a much cleaner look at the evolved Spotify Car Thing design, which includes a large knob on the right, a color screen, and four buttons on top. The earlier official company renders from back when the product was formally announced in 2019 showed off a much smaller screen.

Yet, Spotify’s design has since moved much closer to a smart display style, which makes sense considering it now more closely resembles a miniature infotainment screen you’d find in a modern vehicle. These new renders show off the screen and a possible interface design, in addition to various mount designs for attaching the device to different parts of the dashboard.

There’s no telling when or even if Spotify plans to formally launch the product. The company’s February event, where it detailed its new Hi-Fi streaming tier, came and went without any new information on the Car Thing, and the device was announced in 2019 as just a test product to help Spotify better understand users’ listening habits while on the go.

So there’s no formal product name, potential release date, or any other information indicating if this will ever make it out of Spotify’s testing lab and into a consumer’s car. But the updated design and the FCC filings — and now the in-app renders — do suggest the product may have a future. We just don’t know what it looks like right now.