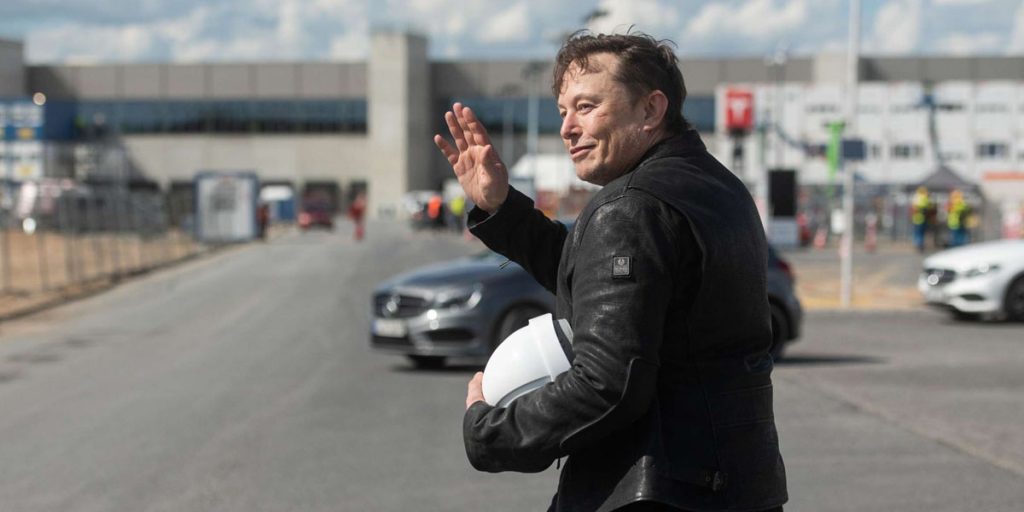 Elon Musk may seem inseparable from Tesla, but on Wednesday night, the company offered the first real taste of what it might look like without its billionaire CEO.

Tesla held a regularly scheduled conference call to discuss its quarterly financial results, but — as he’d previously teased — Musk did not attend. His absence took what’s normally a venue for his rants and ramblings, dismissals of Wall Street, and attacks on the press and turned it into a coherent (if scripted) presentation of the company’s recent progress.

There were fewer sideshows and a more measured tone, though the executives who spoke in Musk’s place still made some contradictions. If Musk were to leave his post atop the company, it’s likely that Tesla would look and sound a lot like how the company was presented on Wednesday night’s call.

Musk has talked about stepping down from Tesla for a few years, especially after the Model 3 and Model Y helped the company find some financial stability. Perhaps most notably, in July, Musk testified in court that he had “tried hard not to be the CEO at Tesla, but I had to or it would die.”

He wasn’t kidding — he once said that the company was “single-digit weeks” away from collapse during the first big push to mass-produce the Model 3. It was around that time in 2018 that he got himself (and Tesla) sued by the Securities and Exchange Commission. The company also started facing some of the most intense waves of scrutiny about its Autopilot software.

Facing all that pressure, an admittedly sleep-deprived Musk often used the quarterly earnings call to blow off steam. In late 2017, he yelled “shame” at journalists and their editors for writing about the company’s layoffs. In early 2018, he cut off Wall Street analysts for asking “boring, bonehead” questions and started the practice of fielding inquiries from retail shareholders. Three months after that, he apologized to those same analysts. In April 2020, he said that the shelter-in-place orders meant to stop the spread of COVID-19 were “fascist.”

There was none of that Wednesday night. Taking Musk’s place was Tesla’s chief financial officer Zachary Kirkhorn, along with vice presidents Lars Moravy and Drew Baglino. The trio bounded through pre-submitted questions from shareholders as well as live ones from the bankers. When asked about the National Highway Traffic Safety Administration’s investigations into Autopilot, they gave diplomatic answers about how they “embrace the scrutiny of [Tesla’s] products,” and preached cooperation.

They still massaged some things, though. Tesla is not just cooperating with NHTSA, it’s “partnering” with the safety agency on the “journey to the transition to a software-oriented vehicle,” Kirkhorn said. Tesla is being “extremely transparent” about the ongoing test of the Full Self-Driving beta software, they claimed, despite making owners sign nondisclosure agreements until very recently.

The vibe certainly changed, but Kirkhorn and crew still obsessed overgrowth, much like Musk. Kirkhorn recommitted to the company’s goal of increasing the number of vehicles it builds each year by 50 percent. The Model Y is “poised to be the bestselling vehicle in the world,” Moravy said. Musk has imbued Tesla with a ton of momentum, and the executives who’ve remained with him clearly won’t slow that down.

If — or when — Musk steps down as Tesla’s CEO, the company will likely resemble the one on Wednesday’s call. What’s unknowable is how Tesla would respond to Musk’s use of Twitter if he occupies a different perch. Right now, when he tweets about making changes to Tesla’s products, the people who work at the company have a pretty explicit obligation to make those changes happen. If he’s in a reduced role or removed from the company entirely (perhaps to focus more on SpaceX’s growing operations in Texas), will Tesla’s executives give those tweets the same kind of weight?

Perhaps when Musk isn’t CEO, his public proclamations will have less of an effect on the company’s sky-high stock price. Musk even said at one point that he believed the share price was too high — though that was billions of dollars worth of valuation and a stock split ago, so the market has proven its willingness to ignore him before. (For what it’s worth, Tesla’s stock price closed higher than ever on Thursday.)

Tesla has now turned a profit in nine straight quarters, and 11 of the last 13. It’s still got its fair share of challenges ahead as it continues to build up factories in new places around the globe. But the company appears to be in the kind of shape Musk has said is required before he’d consider leaving. Maybe we’ll get a chance to evaluate his influence on Tesla from something other than the CEO role sooner than later.