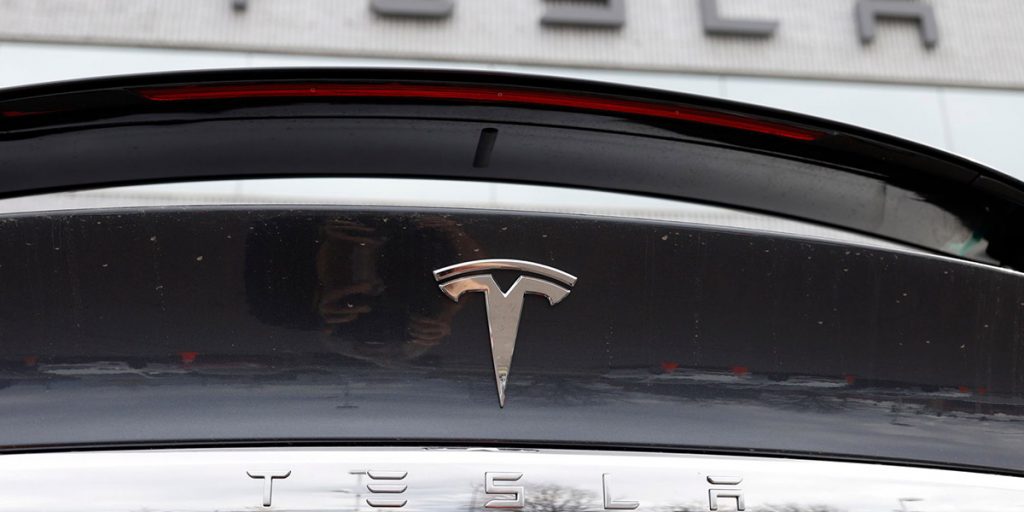 Tesla reported third-quarter earnings after the bell Wednesday, and it’s a beat on both the top and bottom lines.

The company’s stock dropped by 1.5 percent after hours. Here are the results.

The company reported $1.62 billion in (GAAP) net income for the quarter, the second time it has surpassed $1 billion. In the year-ago quarter, net income was $331 million.

The record results were driven by improved gross margins of 30.5 percent on its automotive business and 26.6 percent overall, both of which are records for at least the last five quarters.

Tesla also generated $806 million in revenue from its energy business, which combines solar and energy storage products, and $894 million in services and other revenue, which includes vehicle maintenance and repairs, auto insurance and sales of Tesla-branded merchandise among other things, Tesla has disclosed in past financial filings.

For its energy and storage business, costs of revenue rose to the highest number in the last five quarters to $803 million during the third quarter.

In a shareholder deck that Tesla released before a call to discuss Q3 results, the company said, “A variety of challenges, including semiconductor shortages, congestion at ports and rolling blackouts, have been impacting our ability to keep factories running at full speed.”

Even with those issues, the company reiterated prior guidance that it expects to “achieve 50 percent average annual growth in vehicle deliveries” over a multi-year horizon.

During the third quarter, Tesla recorded a $51 million impairment related to its investment in bitcoin, which it reported under “restructuring and other” expenses.

Tesla had previously disclosed deliveries of 241,300 electric vehicles and production of 237,823 vehicles during the period ending September 30, 2021.

Unlike other automakers, Tesla’s sales rose during the quarter, setting a new company record, despite chip shortages and supply chain challenges weighing on the industry. (Deliveries are the closest approximation of sales that Tesla reports.)

Many other automakers have reported record profits during the semiconductor chip shortage due to resilient consumer demand, but they have not been able to produce better sales due to supplier constraints.

In a Q3 2021 shareholder deck, Tesla remained non-committal on the start date for production of the hotly anticipated Cybertruck. The company is saying only that production of the non-traditional truck will begin at some point after Model Y production commences in Austin, where Tesla is building a new vehicle assembly plant.

Tesla also said in the deck that for all of its standard range vehicles, it will be “shifting to Lithium Iron Phosphate (LFP) battery chemistry globally.”

The two top producers of these types of battery cells are CATL and BYD in China. Tesla is already procuring batteries from CATL, the companies previously revealed.

Analysts asked Tesla executives on Wednesday if they were planning to procure all their LFP batteries from China. Tesla senior vice president of powertrain and energy engineering, Drew Baglino, said ultimately the company’s goal is to “localize” production of cars and batteries as much as possible to the continents where it makes cars. That goal extends to battery cells, he suggested.

Shareholders also asked Tesla how the company would deal with a stricter-seeming or more critical federal vehicle safety regulator.

The National Highway Traffic and Safety Administration is currently investigating Tesla for possible safety defects in its Autopilot driver assistance system after a string of crashes that involved Tesla drivers colliding with parked, first-responder vehicles while using Autopilot.

Tesla’s vice president of vehicle engineering Lars Moravy spoke of Tesla’s relationship with NHTSA as a partnership on Wednesday’s call. “We always cooperate fully with NHTSA,” Moravy said. As NHTSA figures out the rules and regulations for vehicles with more features enabled by software, he added, “We’re happy to be a part of that journey.”

The comments stood in contrast to remarks by Tesla CEO Elon Musk. Previously, Musk accused the Biden administration of anti-Tesla bias in general.

And this week, Musk griped about a new NHTSA safety advisor, Missy Cummings, to his tens of millions of followers on Twitter.

A Duke University engineering and computer science professor, Cummings was previously critical of Tesla’s approach with the driver assistance systems that it markets as Autopilot and Full Self-Driving options. Neither system makes Tesla vehicles autonomous, or safe for use without a driver at the wheel.

US Transportation Secretary Pete Buttigieg said at a press event on Wednesday, “He’s welcome to call me if he’s concerned.”

Last quarter, Musk said he would no longer lead earnings calls by default.

The bombastic CEO chose not to address shareholders and analysts on Wednesday, and the earnings call was relatively dry compared to prior quarterly calls when Musk famously insulted analysts, or called pandemic-related health orders fascist.