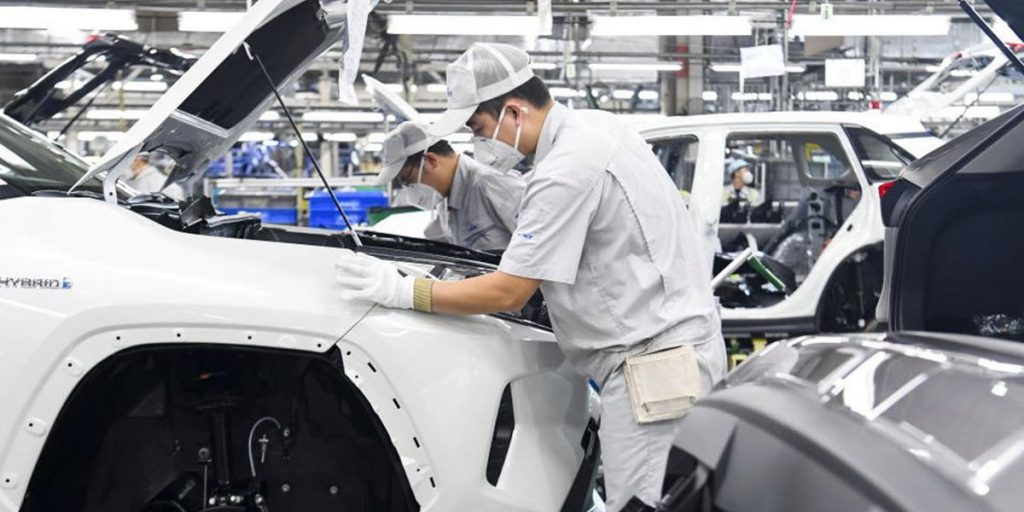 Toyota is to slash worldwide vehicle production by 40% in September because of the global microchip shortage. The world’s biggest carmaker had planned to make almost 900,000 cars next month but has now reduced that to 540,000 vehicles. Volkswagen, the world’s second-biggest car producer, has warned it may also be forced to cut output further. The Covid pandemic has boosted demand for home appliances that use chips, while also hitting production. On Thursday, German firm Volkswagen, which cut output earlier in the year, told Reuters: “We currently expect the supply of chips in the third quarter to be very volatile and tight. “We can’t rule out further changes to production.”
Toyota has fared better than rivals in the face of the global chip shortage.

The company benefited from having built a larger stockpile of chips – also called semiconductors – as part of a revamp to its business continuity plan, developed in the wake of the Fukushima earthquake and tsunami a decade ago. However, a resurgence of coronavirus cases across Asia has worsened the semiconductor shortage, affecting a wide range of businesses from carmakers to small appliance manufacturers. Earlier this month, Toyota said it was facing an unpredictable business environment due to new Covid-19 cases in some countries, the semiconductor shortage, and the soaring cost of materials. Last month, the boss of chipmaker Intel, Pat Gelsinger, said the worst of the global chip crisis was yet to come. Mr. Gelsinger predicted the shortage would get worse in the “second half of this year” and it would be “a year or two” before supplies returned to normal. Shares in Toyota fell by 4.4% on Thursday, their biggest daily drop since December 2018.