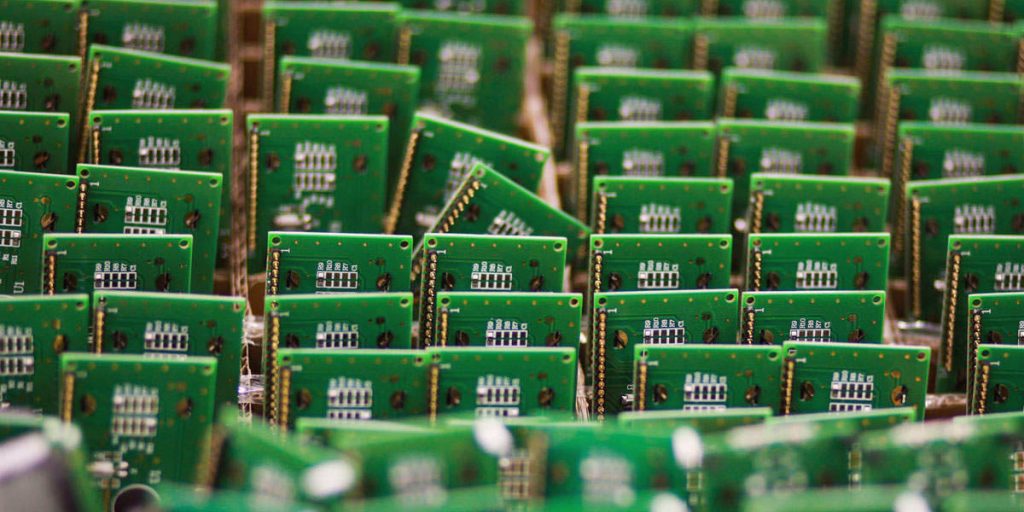 A series of amendments for a $190 billion U.S. Senate bill aimed at countering China’s technology challenge are in limbo after business groups protested proposals intended to ensure that none of the money finds its way to China or other U.S. rivals.

New regulations or reviews of investments or deals in China could disrupt U.S. businesses’ future operations in that country, which include semiconductors and medical equipment. The bilateral trade deficit has run more than $100 billion a year since 2002.

Senators from both sides of the aisle want “guardrails,” such as mandatory security disclosures and interagency reviews to stop U.S. businesses from compromising national security by outsourcing critical technologies to China.

The Senate bill authorizes $120 billion for high-tech research and another $54 billion to subsidize U.S. semiconductor production. For chip factories, it makes no distinction between foreign recipients and U.S.-based firms in determining who gets funds for U.S. facilities.

A key goal of the funding is to bring the world’s most advanced chip plants to the United States, and only Taiwan Semiconductor Manufacturing Co (2330.TW) and Korea’s Samsung Electronics Co Ltd (005930.KS) have the technology to do that.

TSMC and Samsung both have operations in China.

Another amendment from Democratic Senator Bob Casey and Republican Senator John Cornyn would require an interagency review of any U.S. investments in China or a shortlist of adversarial countries. That would mark a huge change for U.S. law, which for decades has had provisions for screening inbound investments, but not for outbound.

“If a company wants to offshore semiconductors to China, we need to know about it,” Casey said from the Senate floor on Wednesday. “Yet, business interests, like the U.S. Chamber of Commerce and the U.S.-China Business Council, are organizing against this commonsense proposal.”

Casey took to task Republicans opposing the measure, saying they talk tough on China, but they “cut and run” when it comes to taking on big business.

John Murphy, the U.S. Chamber’s senior vice president for international policy, said existing laws, such as the Export Control Reform Act of 2018 (ECRA), could address the China investment issue, and that the proposal needed more discussion in the Senate before being added to such a sweeping package.

“Congress and the administration should focus on using the legal tools on which the paint is barely dry,” he said, referring to ECRA.

One Senate aide cited fierce opposition to the Casey-Cornyn amendment from businesses and some Republicans, including Senator Mike Crapo, the ranking member on the Senate Finance Committee, adding: “We’re not confident that it’s going to come to a vote.”

Senate Majority Leader Chuck Schumer has sought to get the U.S. Innovation and Competition Act passed this week, but Republicans insist the bill is not ready.

“There is an increasing consensus that the lack of guardrails is the fundamental flaw of the bill,” a Republican House aide said of the Senate package.

The House of Representatives is planning its own version of a China bill and could add other provisions on chips funding as well.

Rubio’s office said it was still working on getting his amendment incorporated. When he proposed his amendment for counterintelligence screening last week, he noted the much needed investments would “mean nothing if they are stolen by foreign adversaries, including the Chinese Communist Party.”

Any restrictions on subsidies to foreign companies would likely benefit Intel Corp (INTC.O), the long-time U.S. national champion in chip-making that has promised to redouble its efforts in the most advanced technologies and spend more than $20 billion on new U.S. plants.

Intel last year moved to sell off its only chip factory in China to SK Hynix (000660.KS).

Derek Scissors, of the conservative American Enterprise Institute, who studies China and security issues, said companies should be forced to make a choice.

“If you receive federal government money, you cannot expand your business in China from that point. The end. And if you don’t like that, don’t take the federal money,” Scissors said.

Amendments
Previous ArticleUS Economic Growth in April-June Remains Unrevised at Annualised 6.4%Next ArticleTCS Recognized as a Leader in AWS Services in the US