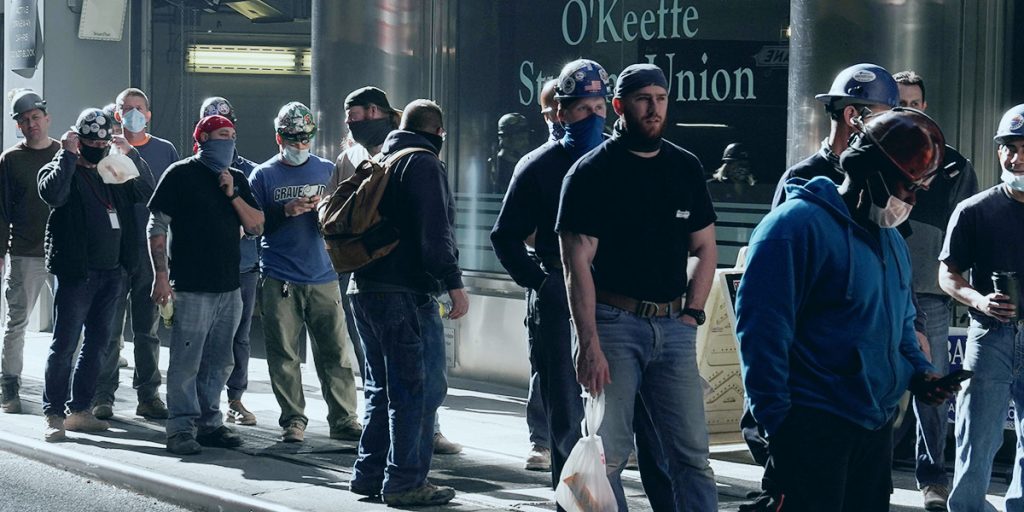 The Labor Department’s closely watched employment report on Friday, which showed a plunge in temporary help jobs – a harbinger for future hiring – as well as decreases in manufacturing, retail and courier services employment, sparked a heated debate about the generosity of unemployment benefits.

The enhanced jobless benefits, including a government-funded $300 weekly supplement, pay more than most minimum wage jobs. The benefits were extended until early September as part of a $1.9 trillion COVID-19 pandemic relief package approved in March. Montana and South Carolina are ending government-funded pandemic unemployment benefits for residents next month.

Economists say some workers could still be fearful of returning to work even as all adult Americans are now eligible to receive COVID-19 vaccinations. Others also cited problems with child care as in-person classes remain limited in many school districts. Labor and input shortages have been well documented by business surveys.

“The employment gain is understated in part because of the generous largess from Washington,” said Sung Won Sohn, a finance and economics professor at Loyola Marymount University in Los Angeles. “Short-staffed restaurant owners are working overtime, truck drivers are impossible to find even after a hefty increase in hourly wages and loading docks at warehouses are keeping trucks idle as there aren’t enough workers”.

Nonfarm payrolls increased by only 266,000 jobs last month. Data for March was revised down to show 770,000 jobs added instead of 916,000 as previously reported. Economists polled by Reuters had forecast payrolls would advance by 978,000 jobs.

That left employment 8.2 million jobs below its peak in February 2020. The U.S. Chamber of Commerce urged the government to scrap the weekly unemployment subsidy, but the White House dismissed complaints the generous unemployment checks were causing worker shortages.

“It’s clear that there are people who are not ready and able to go back into the labor force,” Treasury Secretary Janet Yellen said. “I don’t think the addition to unemployment compensation is really the factor that is making a difference”.

Twelve months ago, the economy purged a record 20.679 million jobs as it reeled from mandatory closures of nonessential businesses to slow the first wave of COVID-19 infections. That plunge could have thrown off the model that the government uses to adjust the data for seasonal fluctuations, resulting in the April payrolls number being below forecasts.

Unadjusted payrolls increased by 1.089 million jobs after rising by 1.176 million in March.

“We have warned frequently that the COVID-19 shock last spring would echo through the seasonally adjusted data and cause significant volatility,” said Scott Ruesterholz, portfolio manager at Insight Investment in New York. “That is likely what is happening with this report.”

The report did not change expectations that the economy entered the second quarter with strong momentum and was on track for its best performance this year in almost four decades. Timely labor market indicators, like new claims for jobless benefits, which last week dropped below 500,000 for the first time since the pandemic started, suggest payrolls will pick up.

With more Americans vaccinated, many states have lifted most restrictions on businesses. That, together with $1,400 stimulus checks sent to qualifying households in March, unleashed pent-up demand. Supply chains were already strained by the shift in demand toward goods from services during the pandemic.

The burst in demand contributed to the economy’s 6.4% annualized growth pace in the first quarter, the second-fastest since the third quarter of 2003. With households sitting on at least $2.3 trillion in excess savings, economists were steadfast in their expectations for double-digit growth this quarter.

“The only thing keeping job gains down is supply, not demand,” said Joel Naroff, chief economist at Naroff Economics in Holland, Pennsylvania. “The economy is racing forward and that is what we should focus on”.

Leisure and hospitality gained 331,000 jobs in April, with hiring at restaurants and bars accounting for more than half of the increase. Government employment picked up as some school districts hired more teachers for in-person learning.

In the transportation and warehousing industry, employment for couriers and messengers fell by 77,000. Retail employment dropped by 15,300 jobs. Construction payrolls were flat. With workers scarce, employers boosted wages and increased hours for employees. Average hourly earnings jumped 0.7% after dipping 0.1% in March. The average workweek rose 0.1 hour to 35 hours.

The unemployment rate rose to 6.1% in April from 6.0% in March as 430,000 people entered the labor force. The jobless rate has been understated by people misclassifying themselves as being “employed but absent from work”.

Without this misclassification, the unemployment rate would have been 6.4% in April. The labor force participation rate, or the proportion of working-age Americans who have a job or are looking for one, climbed to 61.7% from 61.5% in March. It was, however, lifted by men. Women, who account for most of the at least 4 million people still outside the labor force, dropped out.

That could bolster President Joe Biden’s plan to spend another $4 trillion on education and childcare, middle- and low-income families, infrastructure and jobs. It also supports the Federal Reserve’s ultra-easy monetary policy stance.

“The road to full employment may be a bit longer than we all thought,” said Scott Anderson, chief economist at Bank of the West in San Francisco.