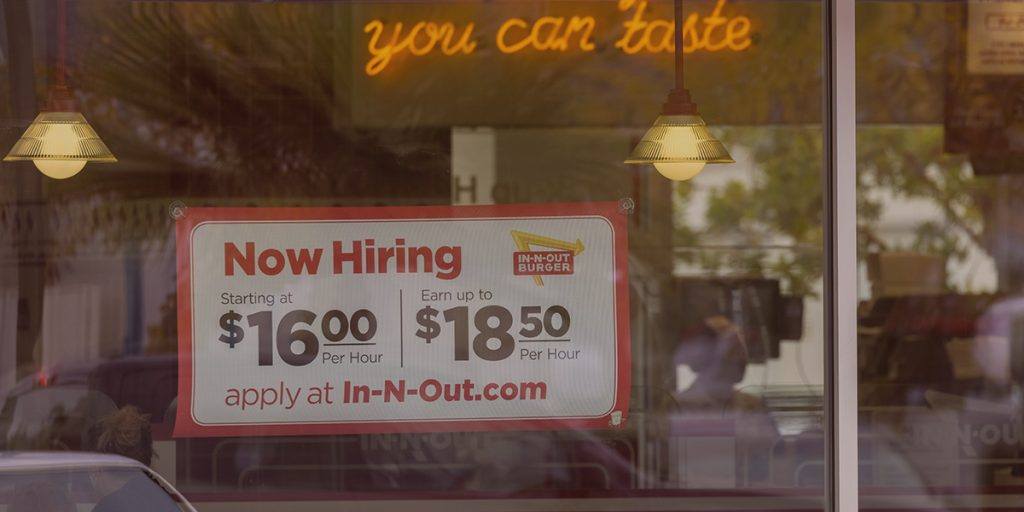 U.S. labor costs increased by the most since 2001 as companies boosted wages and benefits amid a severe worker shortage, suggesting inflation could remain high for some time.

The Employment Cost Index, the broadest measure of labor costs, surged 1.3% last quarter after rising 0.7% in the April-June period, the Labor Department said on Friday. The largest gain since 2001 reflected an increase across industries.

Labor costs powered ahead 3.7% on a year-on-year basis, the largest rise since the fourth quarter of 2004, after increasing 2.9% in the second quarter.

“While wage increases were initially concentrated in lower-wage industries, more recently wage pressures have been broadening across industries,” said Veronica Clark, an economist at Citigroup in New York. “Upward pressure on wages reaching relatively higher-wage industries would suggest a greater chance that rising labor costs, along with rising prices for various other inputs, are passed on through higher consumer prices.”

The ECI is widely viewed by policymakers and economists as one of the better measures of labor market slack and a predictor of core inflation as it adjusts for composition and job quality changes. Economists polled by Reuters had forecast the ECI to advance 0.9% in the third quarter.

The COVID-19 pandemic has upended labor market dynamics, creating an economy-wide acute shortage of workers. There were 10.4 million job openings at the end of August.

The Federal Reserve’s preferred inflation gauge, the personal consumption expenditures (PCE) price index excluding food and energy, rose at a 4.5% rate in the third quarter after increasing at a 6.1% pace in the April-June quarter, the government reported on Thursday. The U.S. central bank has a flexible 2% inflation target.