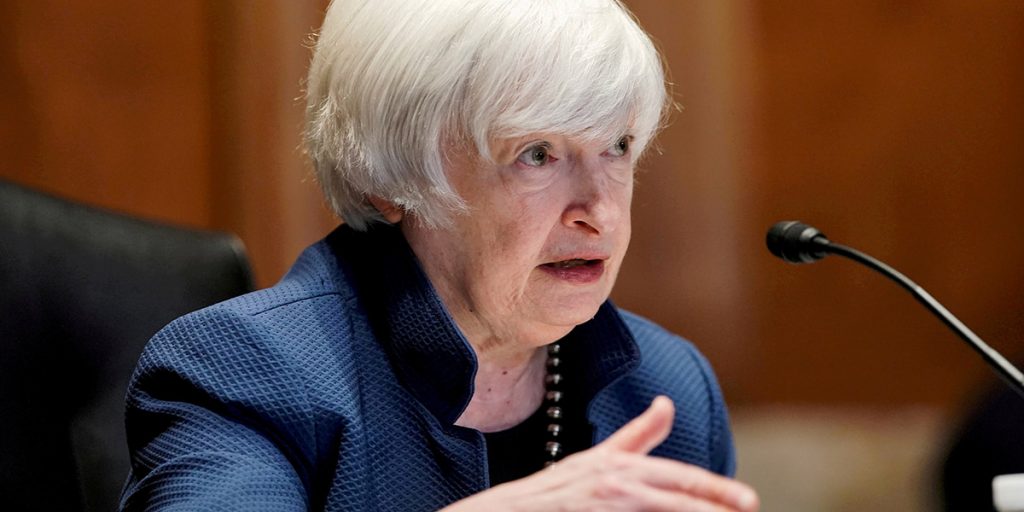 Over the next week, she will make the pitches at Group of 20 meetings in Rome and at the United Nations Climate Change Conference 26 (COP26) in Glasgow, with an interim stop in Ireland to thank the low-tax country for its hard-fought decision to support a deal for a 15% global minimum corporate tax.

U.S. President Joe Biden and other G20 leaders at a weekend summit are expected to endorse the tax deal agreed by 136 countries, cementing progress made this year under Yellen’s leadership.

Yellen arrived in Rome late on Wednesday — a day earlier than Biden — to hold bilateral meetings and attend a G20 joint finance and health ministers meeting on Friday, the day before the leaders’ summit this weekend.

She will urge the finance and health group to better prepare for the next pandemic through new disease detection and coordination forum and a separate financing mechanism. She outlined the proposals in a letter to G20 colleagues along with Sri Mulyani Indrawati, the finance minister for Indonesia, which chairs the G20 in 2022.

One diplomatic source said other G20 countries had not fully embraced the financing mechanism amid a crush of other funding requests for climate, COVID-19 vaccinations, and debt relief.

The G20 is not expected to support a proposed extended freeze of poor countries’ bilateral debt payments after the end of this year, the official added. read more

On Sunday and Monday, Yellen will meet with government and business leaders in Dublin to discuss the tax deal, which will affect many U.S. technology companies that were drawn to invest thereby Ireland’s low 12.5% tax rate.

Treasury officials say they are confident about the Biden administration’s ability to implement the global tax deal using a Democrats-only budget measure even as a deeply divided Congress struggles to agree on Biden’s massive spending bill.

U.S. Senate Democrats have proposed a new, across-the-board 15% corporate minimum tax to work alongside a proposed tax on the unrealized gains from billionaires’ assets.

She will also tout work done by the U.S. Financial Stability Board to incorporate climate risks as an “emerging threat” to financial stability in the regulatory agency’s everyday work.

But here too, Yellen will have to contend with a less ambitious U.S. climate spending agenda as incentives to replace coal power plants with wind, solar and nuclear power were dropped from the package.