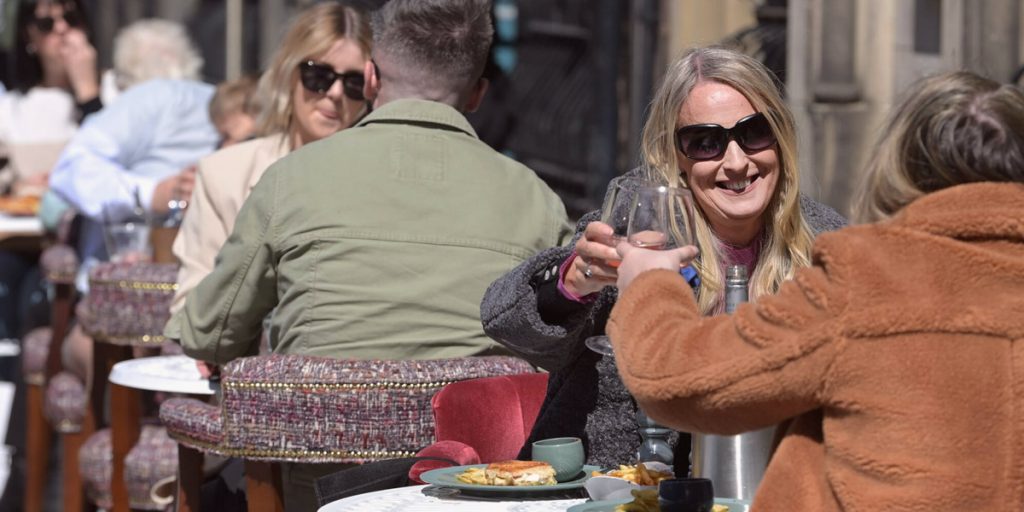 UK inflation rose 1.5% in April compared to a year earlier as economy reopened and energy and clothing prices climbed, official figures showed Wednesday, an increase that was in line with economists’ expectations.

The rise in the headline consumer price index inflation rate was up sharply up from 0.7% in March. When looked at month-on-month, CPI inflation rose 0.6% in April compared to 0.3% in March, the Office for National Statistics said.

However, ONS chief economist Grant Fitzner said so-called base effects were a key driver of the headline rate.

“Inflation rose in April, mainly due to prices rising this year compared with the falls seen at the start of the pandemic this time last year. This was seen most clearly in household utility bills and clothing prices.”

Core inflation, which excludes food and energy prices, rose 1.3% in April compared to a year earlier. That was in line with expectations and followed a 1.1% rise in March.

The pound was roughly flat against the dollar at $1.419 on Wednesday, having shown little reaction to the data.

Inflation has become a major focus for financial markets in recent months, with investors worried that prices could shoot up as countries reopen and cause central banks to cut back on their support for economies sooner than expected.

The UK’s headline inflation figure was considerably lower than in the US, where the CPI jumped 4.2% year on year in April, causing a sharp sell-off in stocks.

But there were signs of growing prices pressures as the UK and global economies reopened from lockdowns. Gas and electricity prices rose more than 9% year on year, while a measure of input prices paid by factories rose at an annual rate of 9.9%.

The Bank of England expects UK inflation to climb above the 2% level it thinks is optimal for the economy, rising close to 2.5% in the second quarter. Yet it predicts inflation will then fall to its 2% target by the middle of 2023.

Like the Federal Reserve, the Bank of England has made no suggestion that it is planning to cut back on support for the economy sooner than expected, despite predicting a rapid rebound for UK growth in 2021.