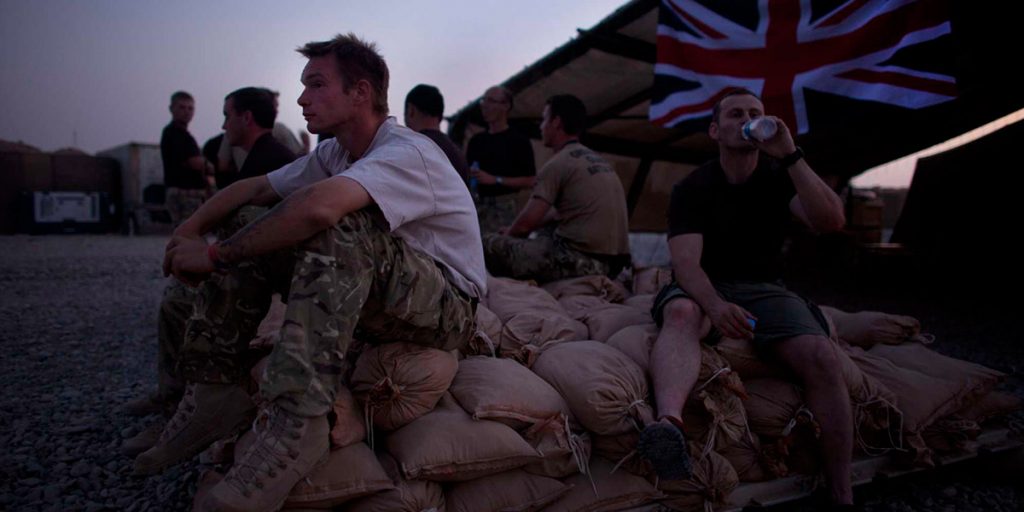 With the Taliban advancing rapidly and now in control of around two-thirds of Afghanistan’s advance, questions are being raised about why the U.K. could not have remained even after the planned departure of US troops by Sept. 11.

US President Joe Biden announced the timeline for the US withdrawal in April, saying he was determined to end America’s longest war. His decision led the other nations in the NATO coalition, including the UK, to announce their own departures, two decades after they first arrived in Afghanistan following the 9/11 attacks.

Johnny Mercer, a former defense minister in Britain’s Conservative government and an Afghanistan veteran, said Biden made a huge mistake but that the U.K. did not have to follow suit and could have mustered support among other NATO allies in the International Security Assistance Force.

This idea we cannot act unilaterally and support the Afghan security forces is simply not true, Mercer told the BBC. The political will to see through enduring support to Afghanistan has not been there, and a lot of people are going to die because of that, and for me, that is extremely humiliating”.

Britain’s defense secretary, Ben Wallace, expressed his concerns about the unfolding situation in Afghanistan but said the government had no choice but to follow the US lead.

When the United States, as the framework nation, took that decision, the way we were all configured, the way we had gone in, meant that we had to leave as well,” he said on Sky News.

Wallace denied the decision Thursday to send around 600 British troops to Afghanistan to help the 4,000 or so remaining U.K. nationals in the country to leave was a panic measure, saying plans had been put in place months ago. The U.S. said Thursday that it was sending an additional 3,000 troops to Afghanistan to assist in the evacuation of some personnel from the US Embassy in Kabul.

UK troops were sent to Helmand in 2006, as part of a reorganization of coalition troops, initially to provide stability and security for reconstruction projects. However, they were soon drawn into combat operations; Camp Bastion in Helmand became the base of British Operation Herrick, with 9,500 troops stationed there.

Soldiers patrolled the province and faced the constant threat of ambush from insurgents, whose local knowledge often gave them an advantage.

More than 100,000 British troops served in Afghanistan in the past two decades, though their numbers fell dramatically after December 2014, when NATO’s combat mission ended. The soldiers there since ostensibly trained Afghan army troops and supported a wide range of projects to improve education, health care, economic growth, and local governance in Helmand and across the country.

Yale University Senior Fellow Rory Stewart, a former international development secretary in the British government and a respected writer on Afghanistan, criticized the withdrawal as a completely unnecessary, dangerous decision.” He warned that millions of Afghans would become refugees.