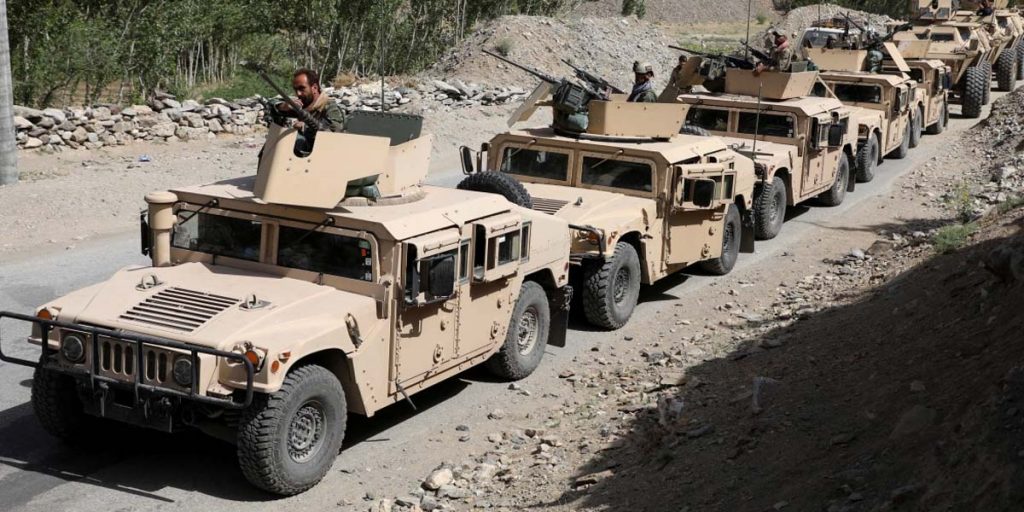 The United States on Sunday condemned the Taliban’s violent offensive against Afghan cities and called on the terrorist group to agree to a permanent ceasefire.

While condemning the violence, US Embassy in Afghanistan in a statement said, “the unlawful seizure of Zaranj, the capital of Afghanistan’s Nimroz province, the attack on Sheberghan, capital of Jowzjan province yesterday and today, and continuing efforts to take over Lashkar Gah in Helmand and provincial capitals elsewhere.”

The embassy statement said that these Taliban actions to forcibly impose its rule are unacceptable and contradict its claim to support a negotiated settlement in the Doha peace process. “They demonstrate a wanton disregard for the welfare and rights of civilians and will worsen this country’s humanitarian crisis.”

The United States further called on the Taliban to agree to a permanent ceasefire and pave the way for an inclusive political settlement that benefits all Afghans.

This statement comes as the Taliban have captured the third provincial capital Kunduz in the last three days but fierce fighting is still underway in the city.

The terror group captured the police headquarters, the governor’s compound and the prison in the city, Al Jazeera reported quoting the Taliban.