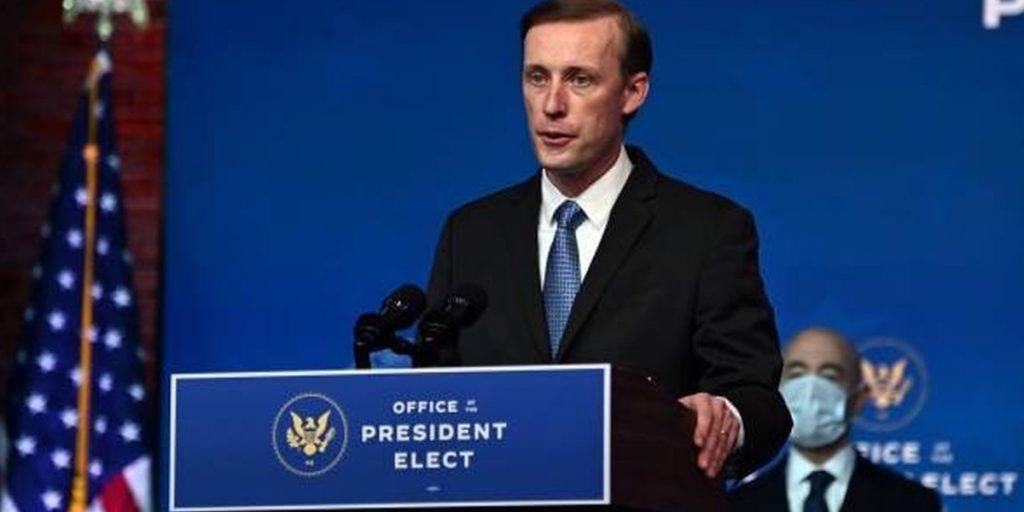 US National Security Advisor (NSA) Jake Sullivan on Monday met Secretary-General of Japan’s National Security Secretariat, Takeo Akiba and discussed cooperation for ensuring peace and security in the Indo-Pacific region including the challenge of China.

“National Security Advisor Jake Sullivan met today with the Secretary-General of Japan’s National Security Secretariat, Takeo Akiba, to discuss shared efforts to strengthen the US-Japan relationship and ensure that the alliance sustains its vital role as the cornerstone of peace and security in the Indo-Pacific region and around the world,” the White House said in a statement.

They discussed a range of national security issues, including the challenge of China, economic and technology security, the denuclearization of the Korean Peninsula, and the importance of trilateral US-Japan-Republic of Korea cooperation, the statement added.

Both sides reaffirmed the importance of enhancing multilateral cooperation in the region, including with ASEAN and through the Quadrilateral Security Dialogue (QSD, also known as the Quad).

This comes as Tokyo Olympics 2020 concluded on Sunday. Separately, US President Joe Biden spoke with Prime Minister Yoshihide Suga of Japan to commend him on Japan’s successful hosting of the summer Olympic Games.

“President Biden applauded the performance of all the athletes and highlighted the success of Japanese and US Olympians. The President also affirmed his continuing support for Japan’s hosting of the Paralympics, while noting the public health measures taken so that Olympic athletes could compete in the best traditions of the Olympic spirit,” the White House statement said.