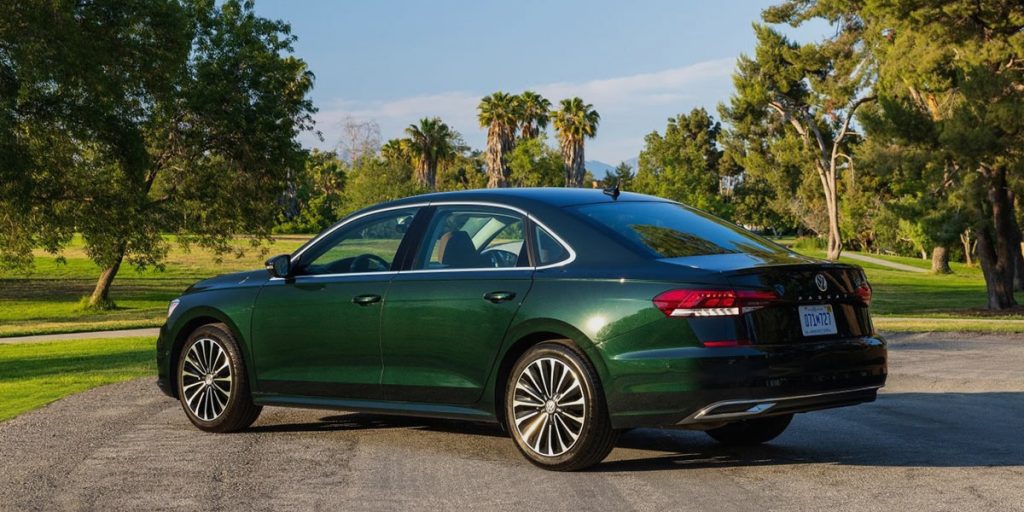 Last year it was reported that Volkswagen would kill off the Passat at some point before the end of the decade so the brand could focus on selling the Atlas and electric ID.4 crossovers. That day has now come, with Volkswagen announcing that the Passat will be discontinued in the United States after the 2022 model year, and the automaker also revealed a Passat Limited Edition that commemorates the Chattanooga, Tennessee, plant that has built the Passat since 2011.

Changes to the Passat Limited Edition are minimal. The exterior features unique 15-spoke, 18-inch aluminum-alloy wheels, and black mirror caps, while the interior includes special seat tags. One reads “1 of 1973″—the number of Limited Editions VW will build—and the other says “VW Chattanooga since 2011.” The bottom of the cupholders features an aerial map of the city of Chattanooga and a blueprint of the factory. The Limited Edition is also decked out with niceties including heated leather power seats for both the driver and passenger and tech extras like park assist.

The 1973-unit run for the Passat Limited Edition references the first year of Passat production in Germany. The specific number of units produced for each of the four-color combos are meant to be meaningful, which sounds more like something you’d expect from a special-edition McLaren than from a mainstream sedan. 411 Limited Editions will be sprayed in Aurora Red Metallic with a Titan Black interior; 411 was the production code for the Passat’s predecessor. Then 423 units—for the Chattanooga area code—will borrow the Racing Green Metallic paint found on the Atlas SUV (and on the old B5 Passat) and pair it with a Mauro Brown interior. Pure White paint with a Mauro Brown interior will be found on 524 units, honoring the opening date of the Chattanooga factory on May 24, 2011. Lastly, VW will produce 615 Limited Editions in Platinum Gray Metallic with a Titan Black interior, which VW says stands for six generations of Passat in the U.S., one generation assembled in Chattanooga, and five decades of U.S. Passat sales.

The 2022 Passat Limited Edition will start at $31,290, with Aurora Red costing an extra $395. The Passat has been sold in the United States since 1974, although it was called the Dasher until 1982 and then the Quantum until 1990. U.S. production of the Passat began in Chattanooga in 2011 when VW introduced a unique version for the North American market. With the Passat on its way out, the Chattanooga plant will now transition to assembling electric vehicles.