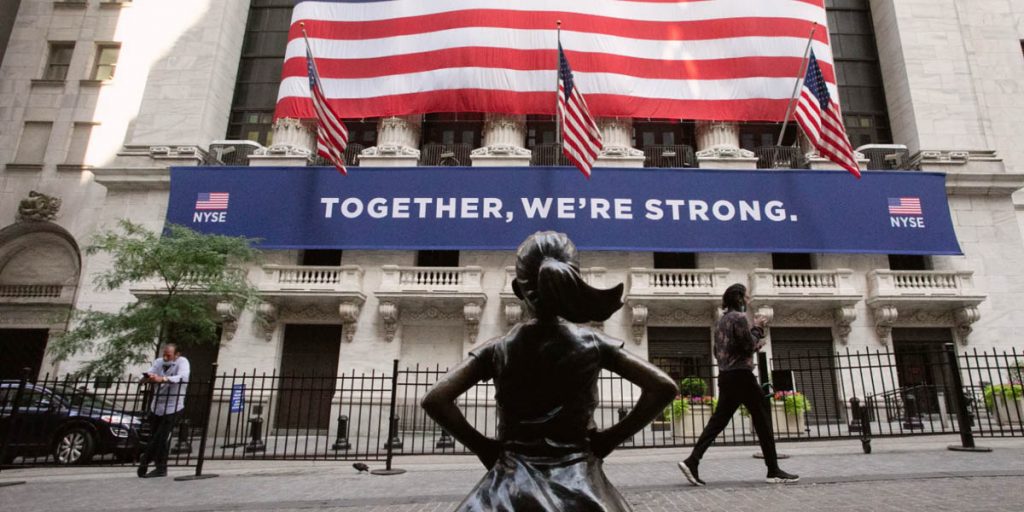 Assurance from the Fed that rising prices are transitory and falling U.S. Treasury yields have helped ease some concerns over inflation and supported U.S. stocks in recent weeks. All eyes are now on the central bank’s statement at the end of its two-day policy meeting on Wednesday.

Data showed an acceleration in producer prices last month as supply chains struggled to meet demand unleashed by the reopening of the economy. A separate report showed U.S. retail sales dropped more than expected in May.

“There was a bit of a reaction to the economic data we got, which, for the most part, shows that the economy is starting to wean itself off stimulus, the recovery is slowing down a little, and inflation is continuing to grow,” said Ed Moya, senior market analyst for the Americas at OANDA.

“We’re seeing some very modest weakness, and it’ll be choppy leading up to the Fed decision. Right now, the Fed is probably in a position to show they are thinking about tapering, but they’re still a long way from actually doing it.”

The Fed is likely to announce in August or September a strategy for reducing its massive bond buying program, but will not start cutting monthly purchases until early next year, a Reuters poll of economists found.

The benchmark S&P 500, the blue-chip Dow Jones and the tech-focused Nasdaq have risen 13%, 12.1% and 9.2% respectively so far this year, largely driven by optimism about an economic reopening.

However, the S&P 500 has been broadly stuck within a range, despite recording its 29th record-high finish of 2021 on Monday, versus 33 for all of last year.

Seven of the 11 major S&P sectors slipped. Among them was communication services, which ended 0.5% lower, having hit a record intraday high earlier in the session.

The largest gainer was the energy index, which rose 2.1% on oil prices hitting multi-year highs on a positive demand outlook. Exxon Mobil Corp had its best day since Mar. 5, jumping 3.6%. [O/R]

In corporate news, Boeing Co gained 0.6% after the United States and the European Union agreed on a truce in their 17-year conflict over aircraft subsidies involving the planemaker and its rival Airbus.

Having slumped 19% on Monday, Lordstown Motors Corp shares rebounded 11.3% after comments from the electric truck manufacturer’s president on orders.

Volume on U.S. exchanges was 9.98 billion shares, compared with the 10.58 billion average over the last 20 trading days.