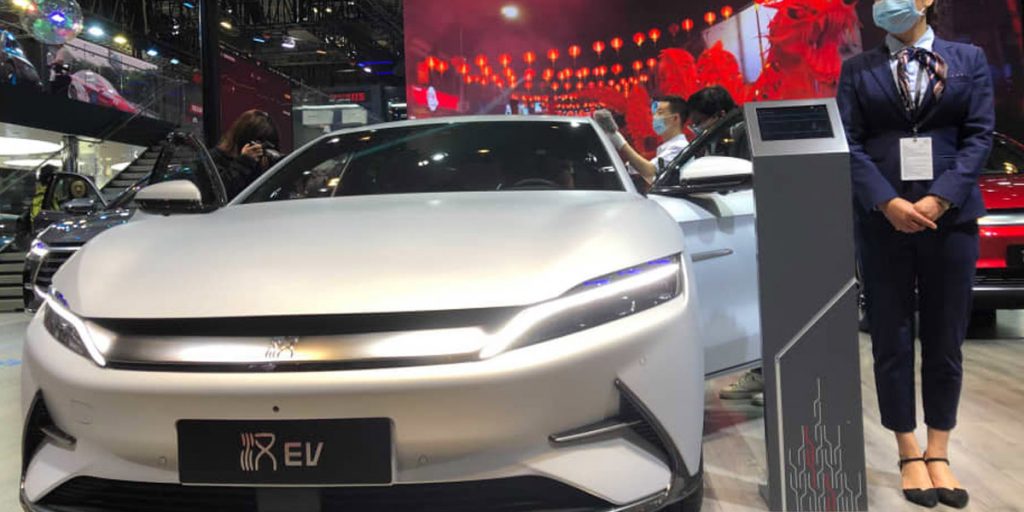 Chinese automaker BYD sold fewer all-electric passenger cars in the first six months of this year than the same period in 2019, before the coronavirus pandemic.

The company, backed by U.S. billionaire Warren Buffett, said Monday it sold 20,016 all-electric passenger cars in June for a total of 93,440 units in the first half of the year — double the year-ago figure.

But that growth still fell short of sales of 95,779 all-electric passenger cars in the first six months of 2019.

In June, BYD also sold 84 more hybrid-powered passenger cars than all-electric ones. That contrasted with a recent trend of BYD’s all-electric cars outselling hybrid ones.

Passenger car sales in China likely fell 14.9% in June from a year ago, the China Association of Automobile Manufacturers said Monday. Vehicle sales overall likely fell to 1.93 million units in June, a decline of 16.3% year-on-year and down 9.5% from the prior month, the association said.

Based on the association’s estimate, data from Wind shows China would have sold 12.8 million vehicles in the first half of 2021. That’s up 24.8% from a year ago and above the 12.3 million units sold in the same period in 2019.

The company announced in June it shipped 100 all-electric cars to Norway, the first batch of a planned 1,500 vehicles set for delivery to the country by the end of the year.