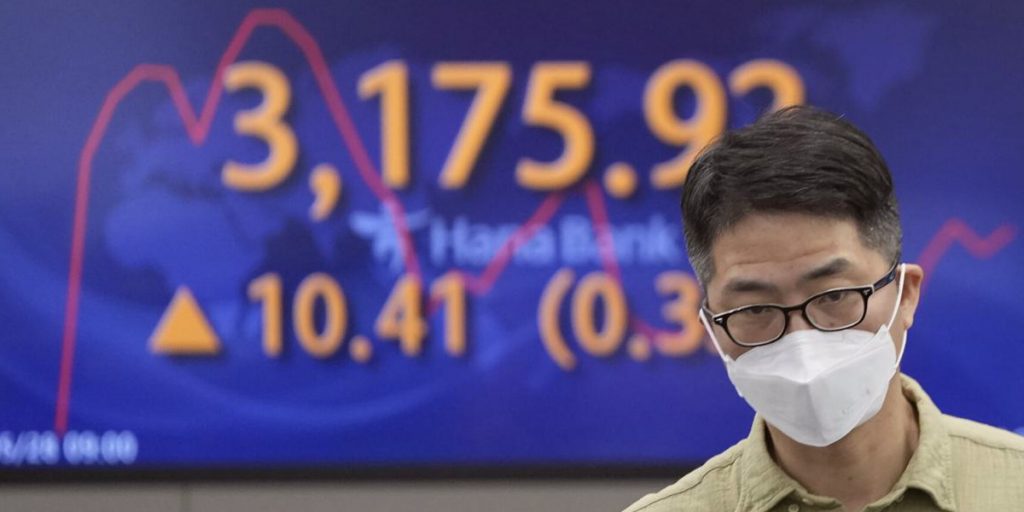 Shares in Chinese online retail giant JD.com Inc.’s logistics arm rose 3.3per cent on their first trading day in Hong Kong after the company raised 24 billion Hong Kong dollars (USD3.1 billion) by selling a portion of the unit to outside investors.

JD Logistics Inc. is the latest technology company to list in the semi-autonomous Chinese city as Beijing steps up scrutiny of the industry. Its IPO was the second-largest for the market this year after short video firm Kuaishou raised USD5.3 billion.

Markets were lifted by mostly positive reports. The number of Americans who filed for unemployment benefits fell yet again to a pandemic low of 406,000.

Although the Commerce Department reported that sales of durable goods fell 1.3per cent, it also released updated data showing the U.S. economy grew at a 6.4per cent annual rate in the first quarter as growing numbers of people got vaccinated, allowing the economy to shift back toward normal activity.

The optimism around U.S. economic data is boosting the recovery theme and may potentially spur some catch-up growth in Asia indexes, considering that they have been lagging,” Jun Rong Yeap of IG said in a commentary.

The benchmark was on track again this week of about 1per cent. It hit an all-time high on May 7th but then fell for two straight weeks.

In another signal that investors were confident about the economy going forward, the Russell 2000 index of smaller stocks fared better than the broader market, picking up 1.1per cent to 2,273.07.

As they keep an eye on inflation, investors are looking ahead to Friday’s release of the Commerce Department’s personal consumption expenditures index, more commonly referred to as PCE.

The Federal Reserve, whose job is to monitor and control inflation to the extent it can, relies on PCE data more than the better-known consumer price index, or CPI when making policy decisions.

Analysts have said they believe price increases are mainly due to the rebound from the slump brought on by the pandemic. Should they persist, the worry is that the Fed will tighten policy and raise interest rates to try to cool it.

Bond yields have nudged upward this week. The 10-year U.S. Treasury note was trading at a yield of 1.61per cent on Friday, up from 1.57per cent on Wednesday. But it has remained around that level for the last two weeks.